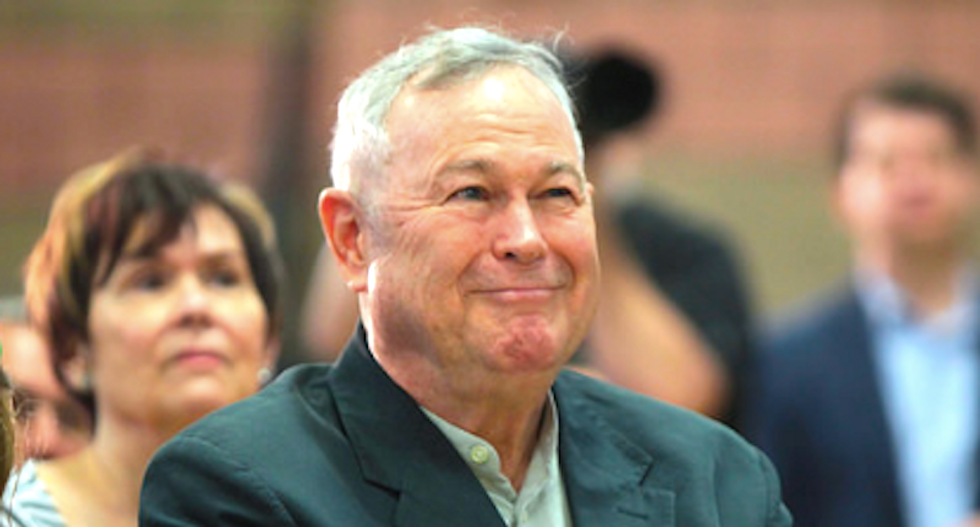 The California Republican met with an ally of Russian president Vladimir Putin in August 2015, which matches details in an FBI affidavit against accused Russian spy Maria Butina, which adds to Rohrabacher's lengthy history of questionable relations with foreign agents.

Rohrabacher infamously praised the Taliban as "devout traditionalists" years before the Sept. 11, 2001, terrorist attacks, and said the militant extremists' takeover of Afghanistan would be a positive development.

But perhaps his most bizarre episode was the time he pretended to be a woman to visit Robert F. Kennedy's assassin Sirhan Sirhan in prison.

Rohrabacher claims he was at the Ambassador Hotel on June 5, 1968, at another political event when Kennedy was fatally shot, and he went 39 years later to question the convicted assassin about the killing.

“I went to see [Sirhan] specifically because I believe he didn't act alone and that the full story of Bobby Kennedy's assassination has not been known,” he said. “I would like Sirhan Sirhan to finally, at long last, level with the Kennedy family and the American people, whether to clear his soul as part of his Christian beliefs or try to set the record straight.”

The assassin did not recognize Rohrabacher as a congressman -- or even a man, at first -- because he went undercover as a woman named "Diana."

“Sirhan didn't know it was the congressman because his visitor was presented as a woman," said Summer Reese, one of his attorneys.

Rohrabacher said the purpose of his 2007 visit was to expose what he believes was a Palestinian conspiracy to kill a U.S. senator for helping Israel buy American weaponry, and Reese said the lawmaker aggressively questioned her client.

"(The congressman) repeatedly badgered him to admit he did the killing to clear his conscience," Reese said. "The two aides tape recorded the whole thing and Sirhan felt very used and abused by the process.”

Reese said the timing of the visit was suspicious, and she never got a clear explanation for why he wanted to solve a closed case.

“Why visit after all these years, unless they’re worried about whatever new legal proceedings will produce and trying to torpedo that by getting him to admit something he didn’t do?” Reese said. “We never received an answer from Rohrabacher’s office about why he was there, or tapes of the conversation that were made while he was in there. They admitted they were there, but there’s no explanation from Rohrabacher or his aides. He was not there for justice.”