Survivors of Annapolis newspaper massacre chastise critics who cheered the deaths of their friends: 'We won't forget' 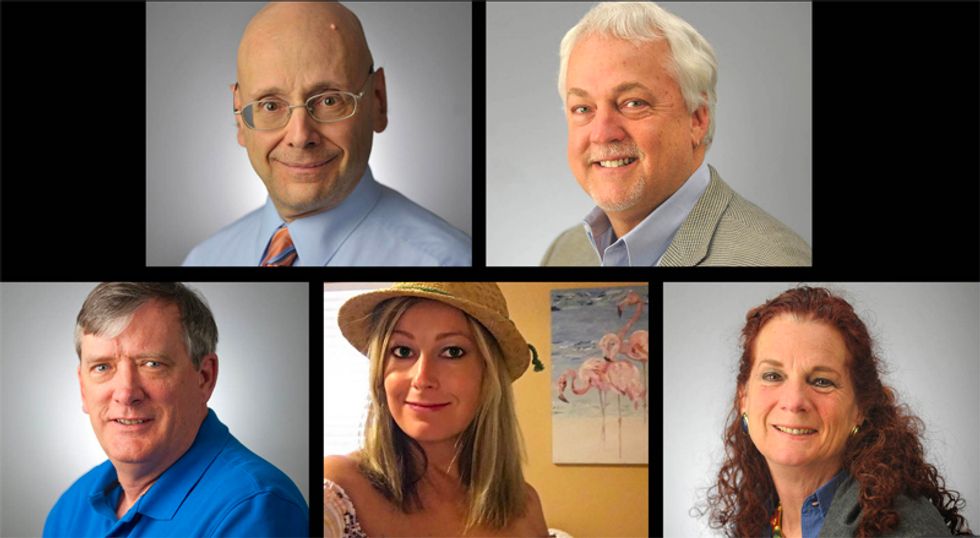 In an editorial signed by a collection of survivors of the mass shooting at the Capital Gazette newspaper that resulted in the death of five of their colleagues, the staffers thanked everyone across the country for their show of support before pointing out that -- since the shooting -- they have been on the receiving end of more death threats.

Under the headline: "Thank you. We will not forget," they wrote, "Thank you for the outpouring of sympathy for the terrible tragedy that took place Thursday in our Annapolis office. We will never forget Rob Hiaasen, Gerald Fischman, Wendi Winters, John McNamara or Rebecca Smith, our five co-workers who were gunned down in a senseless attack."

"The words of appreciation for our work and its importance to Annapolis and Anne Arundel County is a balm to our wounds," the editorial continued. "More than 800 people subscribed to our digital edition Friday as a show of support after the terror on Thursday afternoon."

Then the piece took a darker turn as they described an ugly side to the aftermath of the shooting -- calling attention to the fact that it was preceded by President Donald Trump stating the press is "an enemy of the people."

"Here’s what else we won’t forget," they wrote. "Death threats and emails from people we don’t know celebrating our loss, or the people who called for one of our reporters to get fired because she got angry and cursed on national television after witnessing her friends getting shot."

You can read the whole proclamation here.