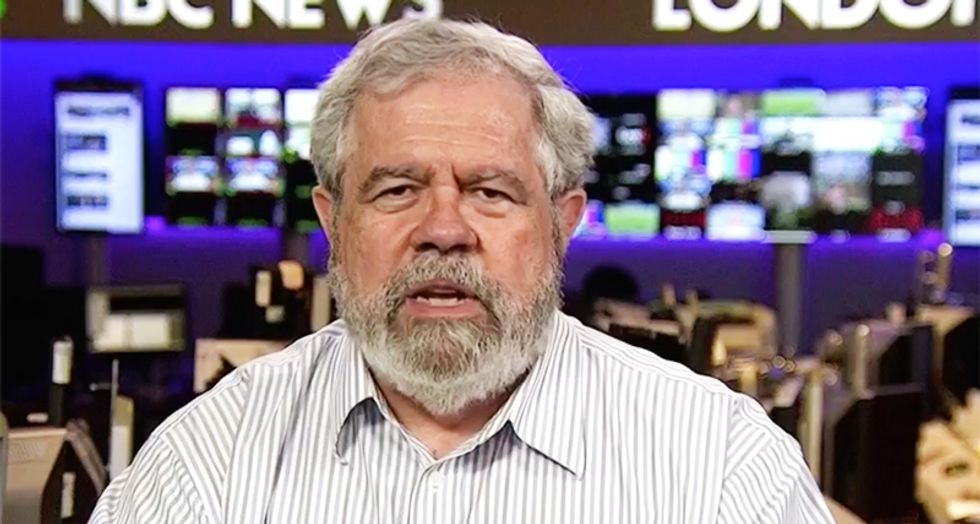 Appearing on MSNBC on Saturday morning, one or Donald Trump's biographers said that an interview that the presidency did with a British tabloid about the changing culture of Europe due to immigration was a blatant attempt to sow discord which will benefit Russian President Vladimir Putin

In the Sun interview, the American president said, "I think what has happened to Europe is a shame. Allowing the immigration to take place in Europe is a shame. I think it changed the fabric of Europe and, unless you act very quickly, it’s never going to be what it was and I don’t mean that in a positive way."

Asked about the interview in which Trump also describes the changes due to immigration as "... bad for Europe. I know Europe very well and it's been tough," Johnston was blunt about what Trump was driving at.

'If you needed a clear statement that Donald Trump's campaign is really make America white again, and if you're not white you better know your place, there it is," he explained.

"Donald Trump is a stone, flat out racist and always has been -- and there have been judicial proceedings that established this," he continued. "But those comments make it crystal clear the kind of view he has in the world. Here he was in London, where I am now, behaving like a bull at a Wedgwood shop. And at the same time doing things exactly the way that the man he's about to meet with, Vladimir Putin, would love him to do: break up the NATO alliance and cause these people to start fighting among themselves."