Volvo may cancel 4,000 worker job expansion in Trump-friendly South Carolina after being rocked with tariffs: report 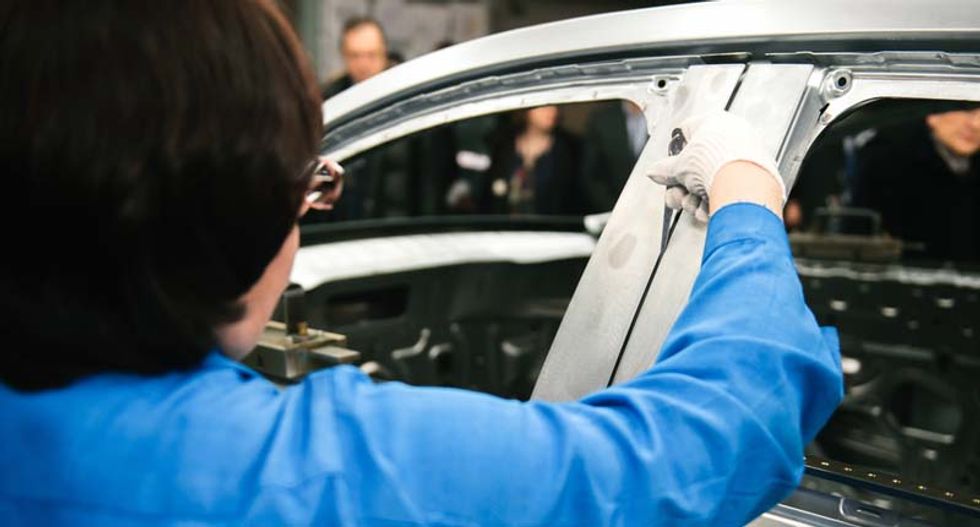 Foreign-based car manufacturers who have invested billions of dollars in new car plants in South Carolina and other southern states that were solidly in President Donald Trump's camp are now having second thoughts about hiring due to new tariffs that could make the cars prohibitively expensive if they exported to Europe and China.

According to the Wall Street Journal, BMW, Daimler and China’s Zhejiang Geely Holding’s Volvo Cars have been making massive investments in production facilities with the intent of making more luxury automobiles in the U.S. that would then be sent overseas.  However, Trump's imposition of new tariffs on Chinese goods -- causing China to engage in a trade war by imposing their own 40 percent tariff on auto imports -- has manufacturers considering scaling back production and, with that, not hiring new assembly line workers.

The report states that "Volvo Cars also opened a new $1.1 billion plant near Charleston, S.C., last month to produce its S60 midsize sedan for North American markets," with plans to begin production of a SUV model that they hoped to export to China.Under that scenario the company would go on a hiring binge, boosting current staff from 1,200 to 4000 workers. That plan is currently being questioned.

“Half of the 4,000 jobs will build cars for export,” Chief Executive Hakan Samuelsson said in a recent interview. “That could be jeopardized if something were to restrict trade.”

BMW, which has invested $8 billion in the plant in Spartanburg since 1992, is faced with the same 40 percent tariff on any vehicles shipped into China, which has rivals who manufacture outside of the U.S. excited about increased sales.

“This is a favorable situation for us because the products from manufacturers in the U.S. are becoming less competitive,” Lutz Meschke, the finance chief of German auto maker Porsche.

On top of that, Meschke boasted that prices for Porsche’s Macan and Cayenne SUVs could actually see a drop of as much as 7 percent in China, "while similar products from BMW and Mercedes-Benz could rise by as much as 15% in the wake of higher duties on their U.S.-built vehicles."

Adding to car makers woes are increased costs for parts, which some manufacturers build overseas and will also be subject to Trump's tariffs, thus adding to the final cost of the vehicles.

According to the report, "Big auto makers have built global manufacturing and supply networks that depend on the free flow of goods across borders. These are now threatened by the trade dispute, which could force companies to cut back manufacturing for export and make more vehicles and components in the markets where they are sold."

You can read the whole report here -- subscription required