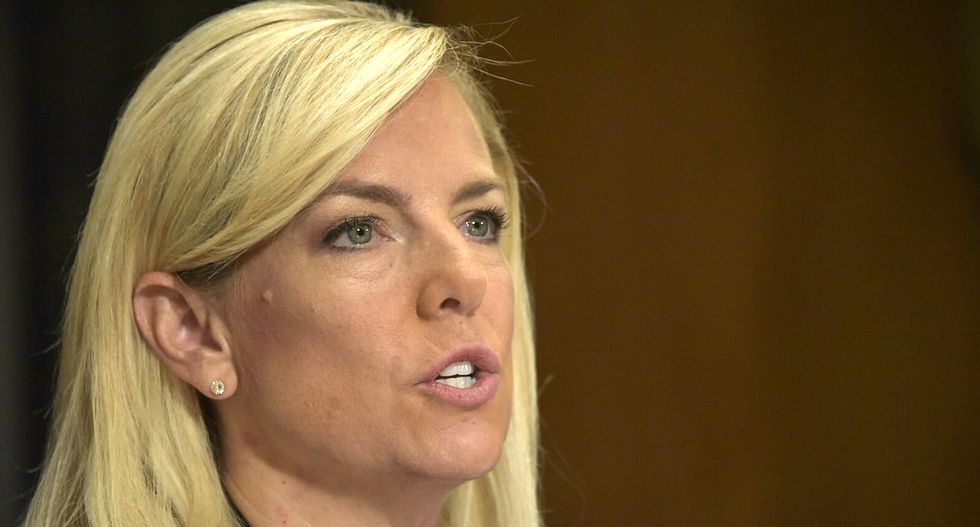 Vice News' Tess Owen tweeted that during the Aspen Security summit, Nielsen was asked about the president's comment that there were "very fine people on both sides" of the rally where counter-protester Heather Heyer was struck and killed by a man who was allegedly "infatuated" with Nazis.

When asked about Trump's comment that there were "fine people on both sides" in Charlottesville, Sec. Nielsen seemi… https://t.co/Tmh7uribeR
— Tess Owen (@Tess Owen)1532015784.0

You can watch Nielsen discuss white nationalism below: