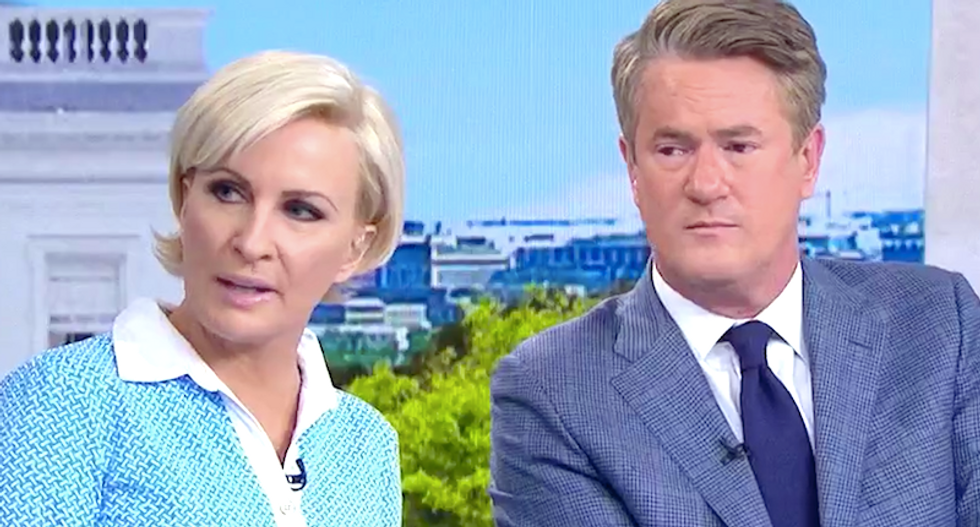 MSNBC's Joe Scarborough and Mika Brzezinski fact-checked President Donald Trump in real time as he bashed NATO allies during a live news conference from Brussels, and afterward they reacted to the spectacle.

The president made numerous false claims during the 40-minute surprise conference with reporters at the end of the annual NATO summit, and Trump claimed credit for a defense spending increase agreement reached under the George W. Bush administration.

"The fact-checking on NATO has been fascinating because he was wrong so many times -- and forcefully wrong," Brzezinski said. "His last answer, (on a) question of Africa, we could not fact check because it literally made no sense, he was blithering at that point."

"He actually said, 'I like peace, Africa,'" Scarborough said.

Trump threatened to withdraw the United States from NATO if allies did not immediately boost their spending to levels outlined under a Bush-era agreement, and he claimed to have the authority to void a treaty without congressional approval.

"It was hard to break through," Brzezinski said. "But as for NATO it is very similar to the border separation issue. He creates a problem, he creates a policy, he creates a fight over it and has absolutely no plan moving forward, and we've got hundreds, possibly thousands of children hanging in the balance, some who will be orphaned because of his policy, and he's now trying to take credit for fixing it."

"He's trying to take credit for fixing something with NATO," she added, "and quite frankly the incompetence that this president has shown in terms of the separation policy, we should be frightened of damage he is doing on the world stage."