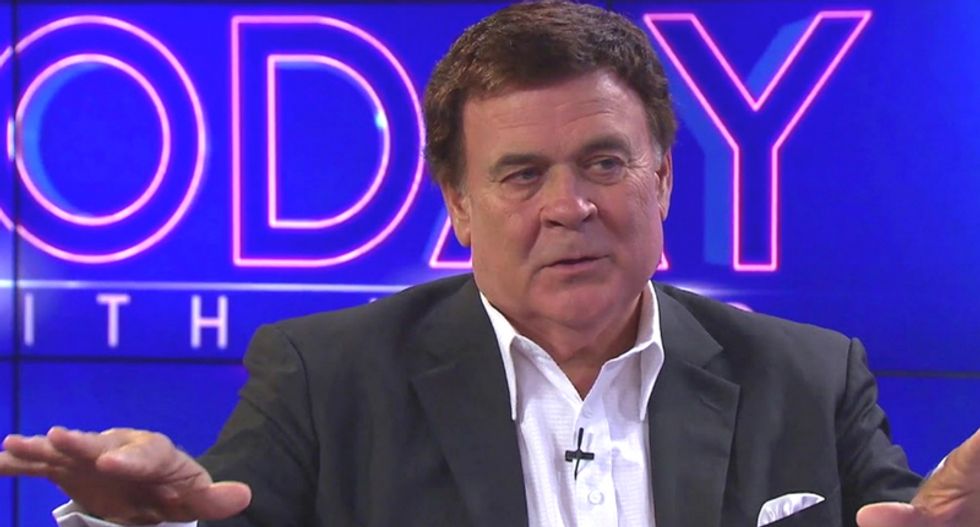 Rev. John A. Kilpatrick of Church of His Presence in Daphne, Alabama. Image via screengrab.

An Alabama pastor who went viral for claiming the United States is under the tyranny of witches admitted in a Sunday sermon that Donald Trump is an adulterer — but refuses to condemn him for it.

Christian Post reported that Rev. John Kilpatrick of Daphne, Alabama's Church of His Presence said he cannot judge the way God decided to "raise up" the president.

"If God has raised him up, and I believe that is the case, then I would say I would not touch him because [who] God has raised up, you don't want to oppose," the pastor said.

He went on to note that he believes allegations that Trump cheated on his wife with adult-themed models — though he mentioned neither the women nor their professions.

The pastor added that he doesn't understand how God can use a man who has "betrayed his family," been "married so many times" and has had so many lovers.

Kilpatrick went viral last week after a video of him speaking in tongues, claiming America is being "taken over" by witchcraft and asking for his congregation to pray for Trump went viral.

You can watch the viral "witchcraft" sermon below: