CNN's Jim Acosta unloads on Trump and Giuliani for their war on facts: 'The truth is a moving target' 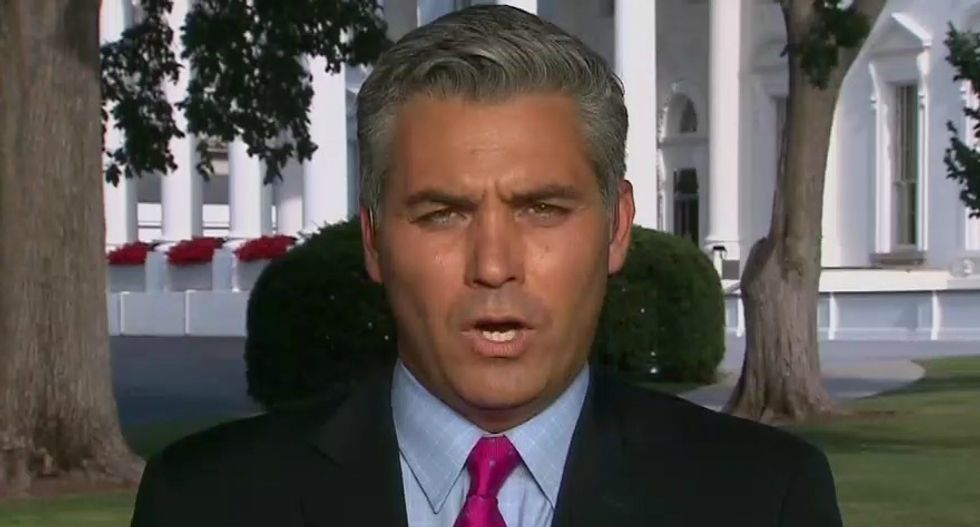 Their post-truth push was most recently evidenced by the Rudy Giuliani's claim that "truth isn't truth."

"We seem to be through the looking glass here tonight," Acosta told host Anderson Cooper.

The correspondent noted in spite of the attorney's comments, the truth "does seem to be pretty important to the president" in light of comments he made to Reuters Monday indicating that he believes it would be a "perjury trap" if he were to be interviewed by special counsel Robert Mueller.

"If truth isn't truth, if the truth is a moving target, then the president obviously should not be concerned about sitting down with Robert Mueller," Acosta said.