Dr. Droegemeier goes to Washington? What could happen when a respected scientist joins Trump’s White House

Leaders of the scientific community – most of whom are also Democrats – are voicing relief now that the Trump administration has nominated Kelvin Droegemeier to direct the White House Office of Science and Technology. This office has been leaderless since Trump assumed office. 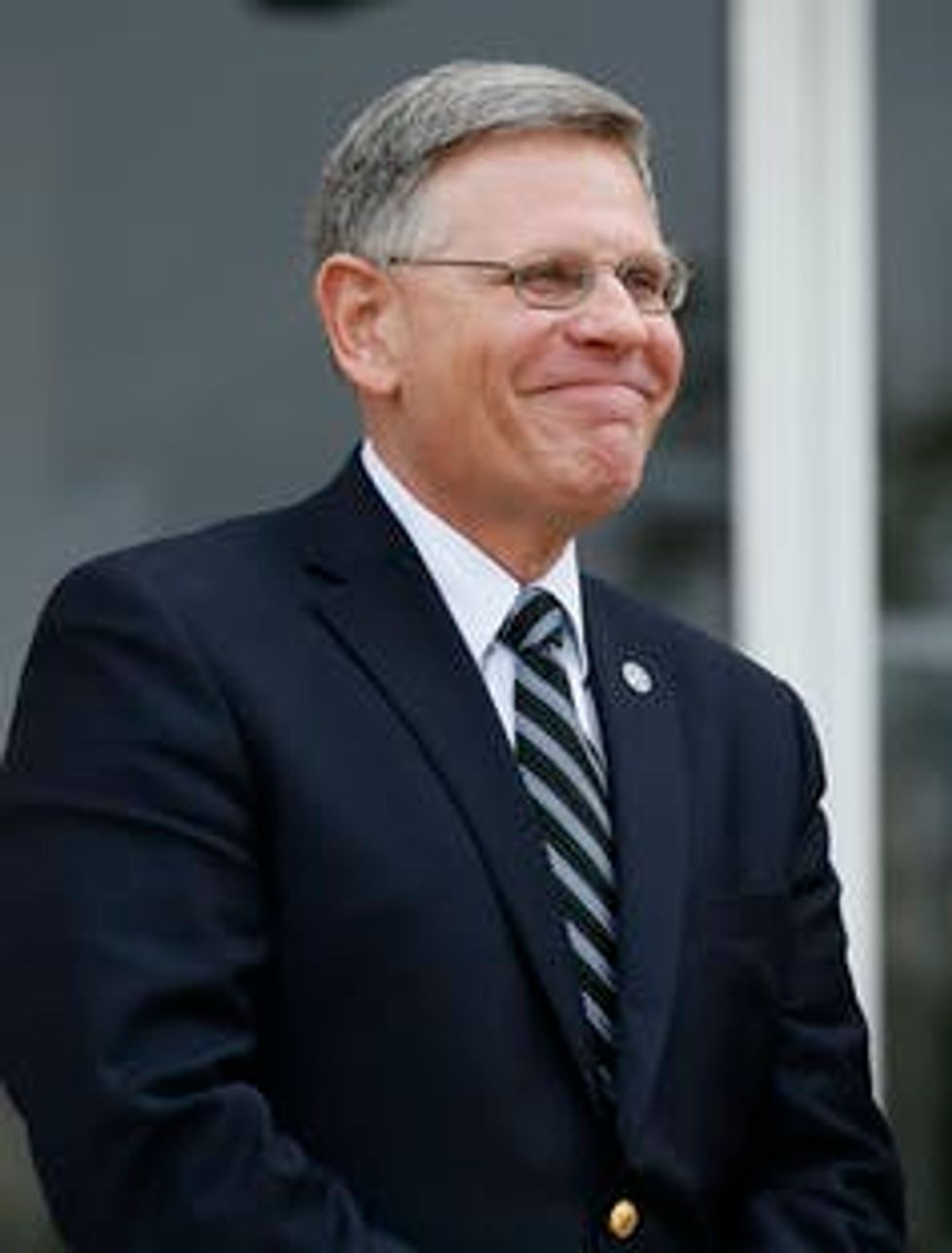 Kelvin Droegemeier will have a fine line to walk if confirmed.

Droegemeier, a well-respected meteorologist specializing in severe weather such as thunderstorms, has also served on the advisory board of the U.S. National Science Foundation. He would bring a mainstream scientific voice into an administration that is often portrayed as somewhere between apathetic and hostile about matters relating to science.

But those who expect Droegemeier to provide any sort of counterweight to administration policies will likely be disappointed. The history of presidential science advising shows that the effectiveness of science advisers is determined not by how much they know, but by how closely they are in step with the political priorities of the administration they serve.

Science advisers are on the team

The role of presidential science adviser was formalized in the shadow of the Sputnik launch, when President Eisenhower named MIT president James R. Killian to the newly created post of “special assistant to the president for science and technology” in November 1957. Killian, who in fact was not a scientist but had a mere bachelor’s degree in management, was expected not only to lend expertise to the White House but, according to a New York Times article at the time, to “allay public fears concerning scientific achievements by the Soviet Union.”

Killian helped to oversee a rapid expansion of government investment in science, an agenda that satisfied both his scientific colleagues and the political aims of President Eisenhower. But such alignment of science advice and presidential politics is far from inevitable. 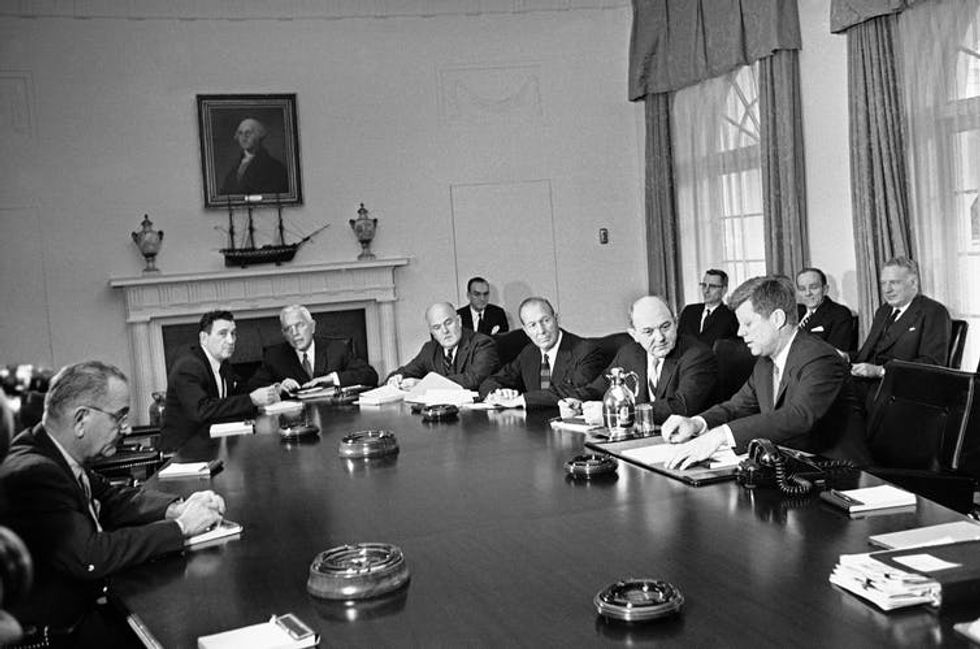 Jerome Wiesner had a seat at the table (second from left) in the Kennedy White House.

Several years later, President Kennedy’s science adviser, Jerome Wiesner, advised against sending a man to the moon, counsel that was decisively rejected, with momentous historical consequences. A decade later, President Nixon got so fed up with advice he was getting on missile defense and supersonic transport that in 1973 he eliminated the science adviser post.

With the support of Congress, Nixon’s successor, Gerald Ford, reestablished the position of science adviser in 1976, as head of a newly created Office of Science and Technology Policy. But the age of innocence was over, and only the most naïve observers could continue to believe that presidential science advice could somehow be held separate from national politics.

Under President Reagan, science adviser George Keyworth II, a nuclear physicist, aggressively advocated for the president’s highly controversial “star wars” missile defense system and notably attacked the news media as “a narrow fringe element on the far left of our society” because of alleged bias against administration policies.

More recently, President Obama’s science adviser, John Holdren, also a physicist, was an outspoken advocate for the president’s energy and environmental policies. In their times, Keyworth and Holdren were both subjected to energetic critique from those in politics and the media who disagreed with the positions that each advanced. 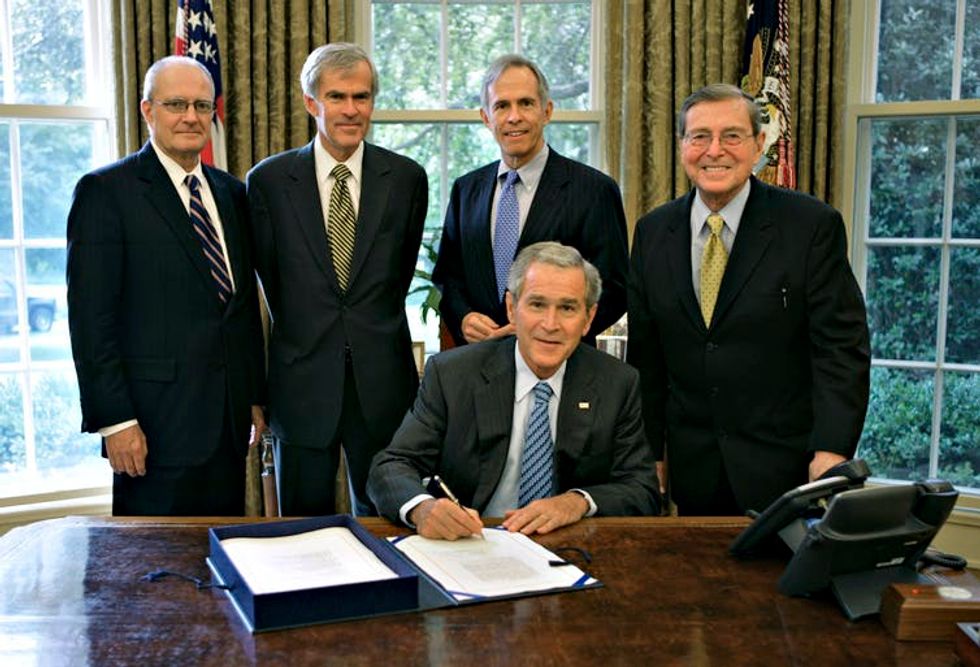 John Marburger (left) knew his job was to back up the president.

Most notable in this regard, however, was John Marburger, also a physicist, and science adviser to Republican President George W. Bush. Marburger in fact was a Democrat, a respected scientist and university administrator, and unlike Keyworth and Holdren was a low-profile player in White House politics. But he was skewered by Democrats in Congress and their allies in the scientific community for failing to oppose Bush policies on issues such as stem cell research and climate change – even though he would surely have been fired had he done so.

Science advisers are not apolitical nerds, high-level versions of Bill Nye the Science Guy on tap to answer a president’s questions about why the sky is blue or how a bar-code scanner works. Science advisers are political players on a political team, and above all, Trump’s choice of Droegemeier must be understood in that vein.

A challenge ahead for nominee

Yet Droegemeier represents a somewhat bizarre choice. Trump could have chosen a science adviser with expertise relevant to administration policy priorities, such as defense buildup, restoring the manufacturing base or undoing environmental regulations. Given his skepticism about climate change, Trump could even have chosen a science adviser with similar views. Early rumors suggested he would do just that.

Instead, in Droegemeier he has selected an expert on weather and climate who seems – although his public statements on the matter are few – to agree with most other climate scientists that human activities are contributing to a changing climate. So Droegemeier comes into his job holding a view that sharply contradicts a conspicuous public position taken by the president. As we have seen, this is not a proven formula for success. 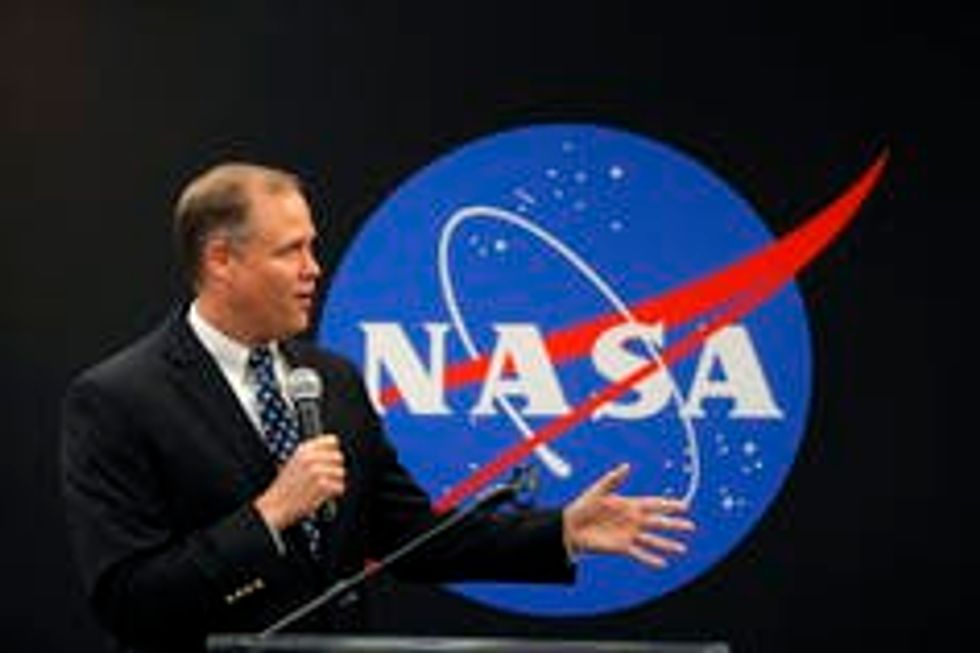 So perhaps Droegemeier’s selection is just a matter of smart political triangulation: A man who has the confidence of political leaders of a state where Trump won with more than 65 percent of the vote, and also just happens to have unimpeachable scientific credentials, is a rare political commodity.

Assuming he’s confirmed by the Senate, whatever role Droegemeier ends up playing will be one of service to the political agenda of the Trump administration. Given that Democrats have over the past 15 years or more sought to portray themselves as the party of science, Droegemeier will find it difficult to maintain his stellar reputation as a scientist while also advocating policies that Democrats and their allies in the scientific community oppose. He should expect severe political weather for the next few years.

Daniel Sarewitz, Professor of Science and Society, Co-Director of the Consortium for Science, Policy and Outcomes, Arizona State University