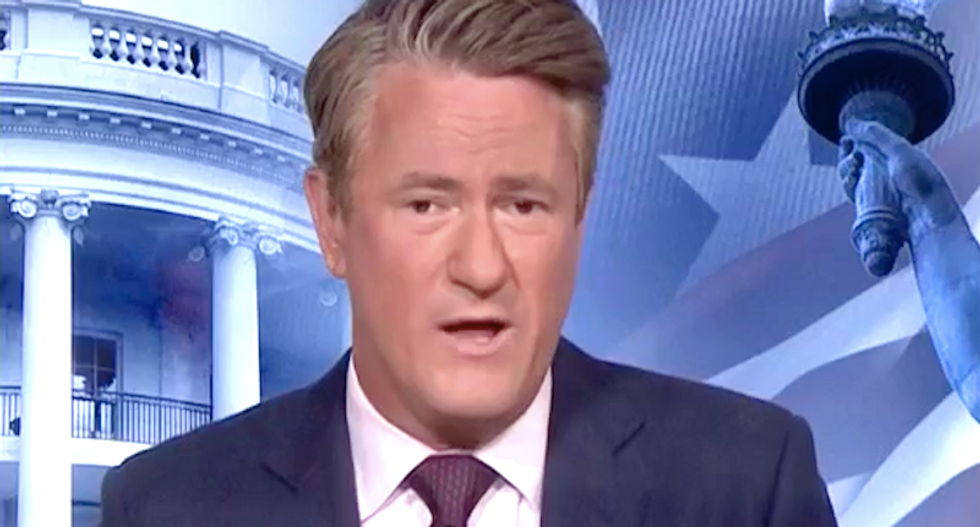 MSNBC's Joe Scarborough has been surprised by President Donald Trump's inability to enlarge his support, saying he had believed his former friend's pathological need to be liked would outweigh his other negative personality traits.

The "Morning Joe" host and other panelists agreed the president was obsessed with public approval, and another longtime associate explained how that pathological need caused him to focus only on voters who already support him.

"Donald Trump now is at the point he's so fragile and cannot ever, ever be in any interaction, any exchange in any room that's just not pure lionization, canonization, and it defies any left-brain logic," said MSNBC contributor Donny Deutsch. "He's built so fragilely now that he can only exist in an alternative universe, regardless of whether it's the smart or dumb political thing, where he is basically pillowed around by that 30 percent."

Scarborough, who's also known Trump for years, said the president seemed to have some type of personality or mental disorder that caused him to destroy himself politically.

"I've got to say, really -- the guy's not right," Scarborough said. "He's not acting logically, and I don't know how to say without people saying, 'Don't act like you're a doctor.' I'm not acting like I'm a doctor, I've known the guy 10 years, though. Nobody rationally behaves this way, unless they want to get wiped out in elections, unless he want to have 38 percent, 39 percent approval rating."

Washington Post columnist Eugene Robinson agreed, but said the president and his base had become addicted to his self-aggrandizing rally rants.

"This is an insane way to behave," Robinson said. "Then other things, the way these sort of what I suspect were sort of deeply buried prejudices have come out, about Latinos, about African-Americans, about women -- certainly, the way he treats women -- but those are things that, know, an adult in control of himself manages to bury, manages to realize that they're not appropriate, certainly not appropriate to sort of trumpet the way he -- but he can't control those things."

"They just sort of erupt out of him," Robinson added. "He learned to do one extraordinary thing during the campaign, which is the sort of stream-of-consciousness rallies in which for a segment of the electorate, they are catnip, they are amphetamines. They are whatever you -- some kind of drug that really pump people up -- and that's really what he knows how to do. So that's what he'll continue to do, and it turns out the other 60 percent, more and more, but this is not just all some diabolical plot. This is a man out of control."