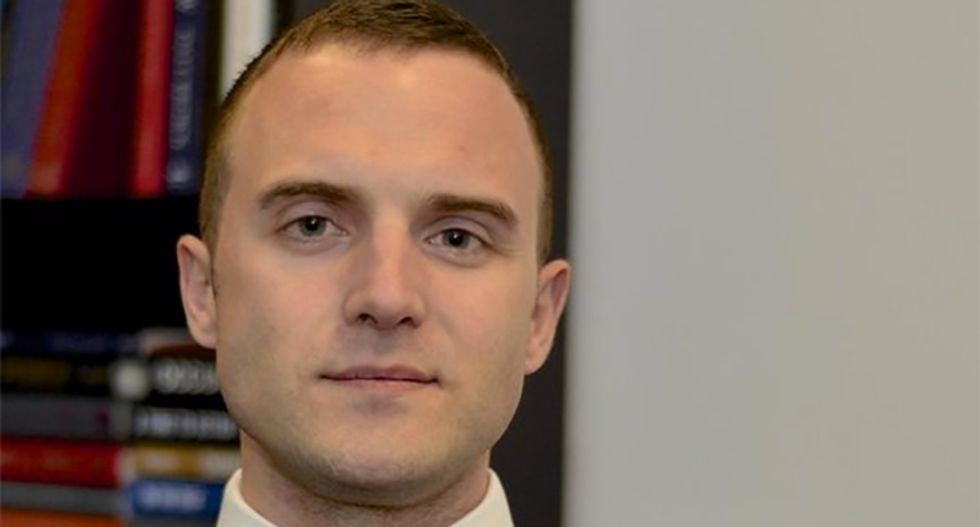 An ex-Homeland Security staffer with ties to white nationalists forced the department to denounce "all forms of violent extremism," leaked emails revealed.

In one thread, Smith's email was included alongside disgraced white nationalist Richard Spencer. In another, he was a recipient in an email including "white advocate" publisher Jared Taylor.

A former staffer at the Immigration Reform Law Institute — the legal arm of an anti-immigrant group considered to be "extremist" by the Southern Poverty Law Center — Smith was also a columnist at the conservative National Review magazine from 2014 until 2017.

In June of 2016, Smith was in an email thread inviting him to an "Alt-Right Toastmaster's" event. Though he told the Atlantic that he didn't attend any of the events in the emails, someone who was there who spoke with the magazine on condition of anonymity confirmed that he was.

In another thread, Smith said he was sorry he missed an event hosted by Spencer's National Policy Institute. When reached for comment by the Atlantic, Spencer said he didn't recall meeting the DHS aide.

Responding to one 2015 email that included the term "judenfrei," the German word for "free of Jews" as used by Nazis to describe areas where Jews had been killed, Smith remarked that he was planning on socializing with a former neo-Nazi leader.

"I was planning to hit the bar during the dinner hours and talk to people like Matt Parrot, etc," Smith wrote, referencing the former spokesman of the now-defunct Traditionalist Worker's Party, a neo-Nazi group that splintered after leader Matthew Heimbach had an affair with Parrot's wife.

After reporter Rosie Gray described the email threads in detail to DHS, the magazine received confirmation that Smith had resigned. He also confirmed his resignation in an email exchange with the reporter.

“The Department of Homeland Security is committed to combating all forms of violent extremism, especially movements that espouse racial supremacy or bigotry," DHS spokesperson Tyler Q. Houlton said. "This type of radical ideology runs counter to the Department’s mission of keeping America safe.”