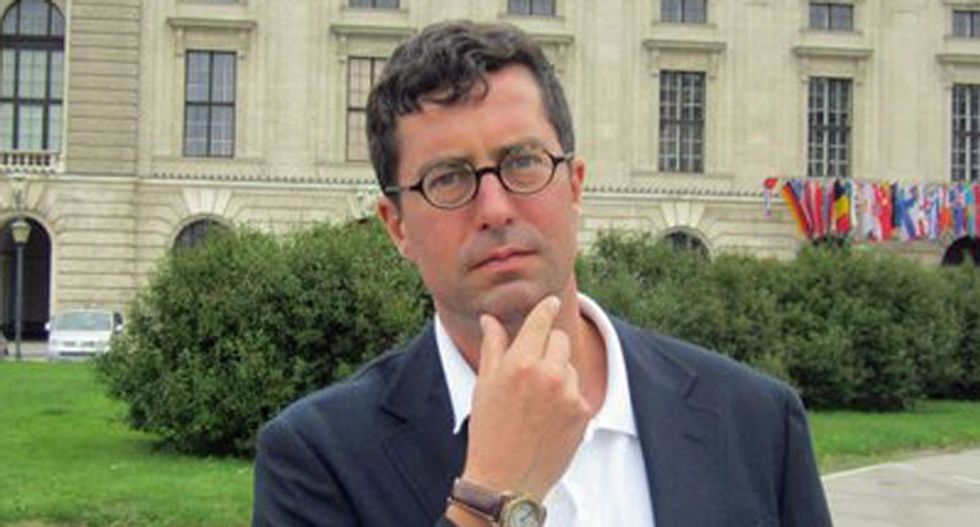 After reports emerged that former Paul Manafort associate Sam Patten copped a guilty plea in exchange for information about the Trump campaign's work with Cambridge Analytica, a reporter who had the man on her radar for months explained how he became part of the Russiagate scandal.

Along with being an associate of Manafort's and an employee at the Oregon office of Cambridge Analytica's parent company, Patten was also an old friend and regular business associate of Konstantin Kilimnik, a man suspected of having ties to Russian intelligence. Kilimnik was indicted by special counsel Robert Mueller in June on money laundering and bank fraud charges.

While investigating Kilimnik earlier in 2018, The Atlantic's Natasha Bertrand encountered Patten, who on Friday was indicted for failing to register as a foreign agent.

"They kept in touch over the last couple decades and they're really fond of each other," Bertrand told MSNBC's Rachel Maddow on Friday night. "They found places to work together over the last two decades."

The reporter went on to say that when she interviewed him earlier in the year, the Manafort associate was "very coy" about his work -- and appears to have lied to her about working in the U.S.

"He would not go into much detail" about his work with Kilimnik, Bertrand said. She noted that she asked him "point blank" if he worked for foreign interests in the United States and he would only respond that he "represented clients outside of the U.S."

"He seemed very eager to hide the fact that he was, in fact, lobbying on behalf of foreign clients in the United States," Bertrand noted.