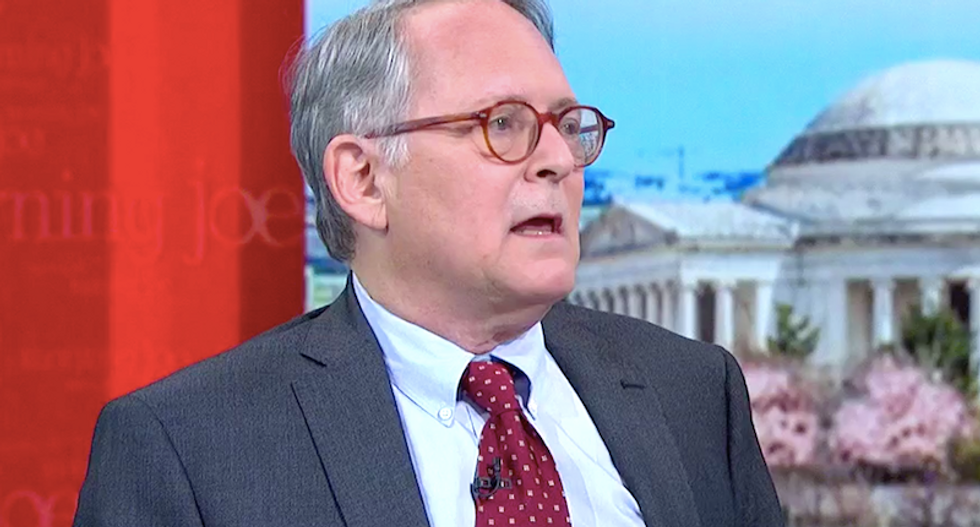 Craig Unger alleges in his new book, "House of Trump, House of Putin," that the president had been compromised by Russian intelligence for years through his ties to mobsters who pumped money into his family's real estate empire.

"I go back nearly 40 years, and I see essentially the greatest intelligence operation of our times," Unger said. "It started off in 1984 with a man who has ties to the Russian mafia, and he meets with Donald Trump in the Trump Tower, the supreme moment of Donald Trump becoming a master of real estate in the United States -- and what we end up seeing is Trump Tower become sort of a cathedral of money laundering."

That mob associate paid $6 million in cash for five condominiums, and Unger tracked hundreds of similar transactions over the following three decades.

"That sets off a pattern that goes on for the next 30 years or so, in which over 1,300 condos are sold in what appears to be money laundering," Unger said. "They have two characteristics. One, they are all cash purchases. Two, they are shell purchases, they're anonymous purchases. The records don't show who the true owners are."

Unger said the illegal transactions had made Trump an asset of the Russian government and its president, Vladimir Putin -- a former KGB operative -- because he said there was no meaningful difference between the country's organized crime network and its intelligence agencies.

"I can't get inside Donald Trump's mind, but he's meeting with this guy," Unger said. "We know there are about 1,300 other operations in which he's profiting heavily from that. If he can go through that and doesn't figure that out, he's either inexplicably stupid or there is a legal concept of willful blindness, and perhaps that's what's going on."