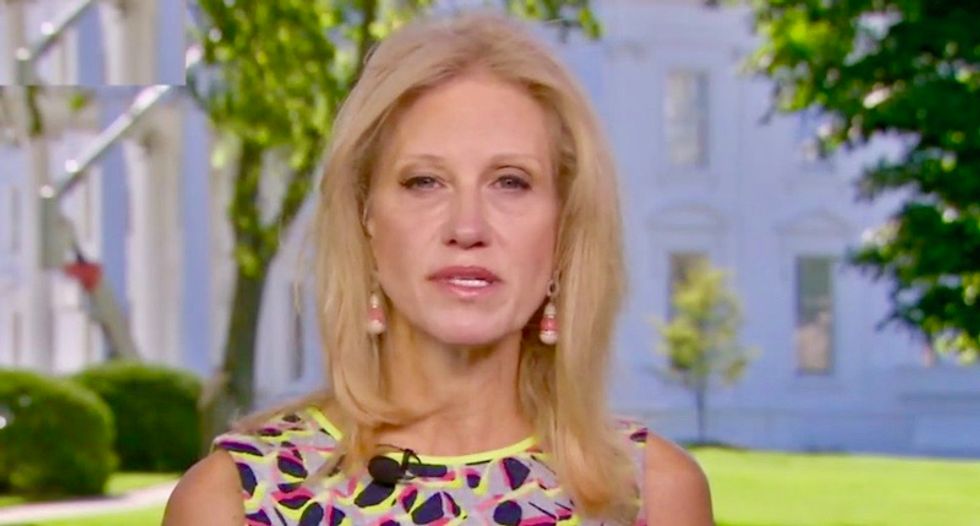 Presidential aide Kellyanne Conway refused to defend her boss, Donald Trump, during an interview with Fox News on Tuesday.

The longtime Trump loyalist, who was with the president's 2016 campaign and transitioned into a White House role, was asked about Trump's tweets calling fellow former aide Omarosa Manigault-Newman a "dog."

Asked point-blank by host Bill Hemmer if she felt Trump's "language" was "necessary," she refused to defend him.

"I'm telling you that I'm disappointed and I think the best play for Omarosa would have been to take credit for a lot of the great things that Donald Trump has done for this country including for African-Americans," she said. "He is pro-school choice and charters. It helps them get out of failing schools. Working on prison reform and drug reform. He obviously has presided over the lowest unemployment rate with African-Americans in America's history."

Conway said that Trump has not used the N-word in her presence.

"I have never heard the president issue a racial slur about anyone in the two plus years I've worked alongside him without interruption," she said.

Conway called Omarosa "ungrateful" and said her allegations of racism are lies.

"I always thought I had a good relationship with them and with her," Conway said. "So I want to say she never pulled me aside or said to me listen, 'I heard the president say this and I don't know what to do with it.' Not only did I never hear it but I think she is saying she never heard it, either. Right after she was fired she said she resigned and asked point blank 'Do you think Donald Trump is a racist?' She said 'No, I wouldn't have worked there if I thought that.'"