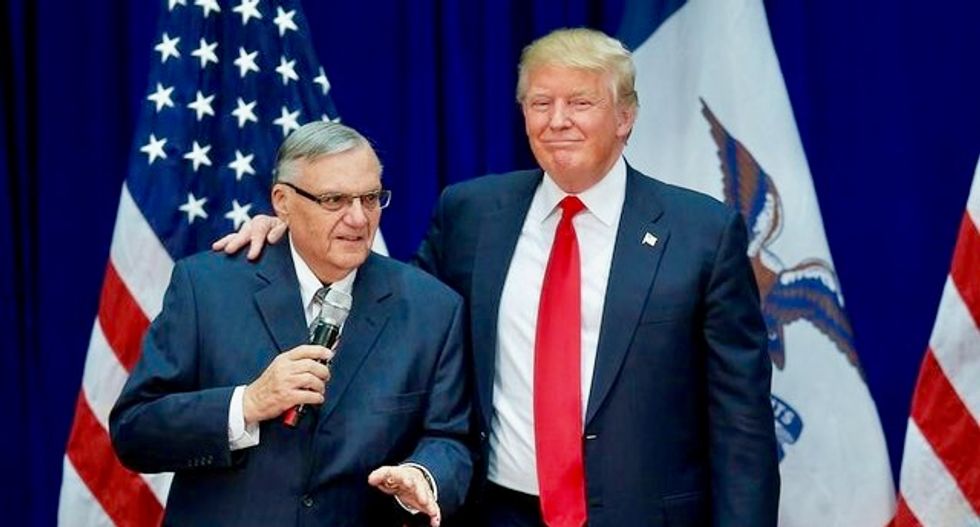 The campaign for control of the U.S. Congress and key governor’s offices reaches a critical juncture in August, the last big month for party nominating contests as voters in 14 states pick candidates for November’s midterm elections.

Vital battleground states such as Arizona, Wisconsin, Michigan and Florida highlight this month’s primaries. The final five state primaries are in early September, clearing the way for a general election campaign that has become a referendum on Republican President Donald Trump’s chaotic first 19 months in office.

Trump has endorsed a string of recent primary winners, turning many Republican races into contests over which candidate is more supportive of Trump or can earn his backing. August will provide more tests of his clout.

For Democrats, several nominating contests will feature showdowns between mainstream candidates and the party’s resurgent progressive wing, including candidates backed by Senator Bernie Sanders of Vermont.

Democrats need to pick up 23 seats in the House of Representatives and two seats in the Senate to claim majorities in each chamber of Congress and put a brake on Trump’s agenda. All 435 House seats and 35 of 100 Senate seats are up for grabs on Nov. 6, along with 36 of the 50 gubernatorial offices.

Here is a look at some of the key races in August, and a few of the questions that could be answered this month.

WHICH PRIMARIES WILL HAVE THE BIGGEST IMPACT IN NOVEMBER?

The Republican U.S. Senate primaries in Arizona and Wisconsin will be crucial in the battle for control of that chamber.

The two conservative firebrands could split the right-wing vote in the Aug. 28 primary against the more moderate McSally. They are seen as less viable contenders against the likely Democratic nominee, U.S. Representative Kyrsten Sinema, to replace the retiring Jeff Flake in November.

Trump has not endorsed anyone in the race.

He also has not endorsed either of the main Republican contenders in Wisconsin’s Aug. 14 battle for the right to challenge Democratic Senator Tammy Baldwin in a state Trump narrowly won in 2016. State lawmaker Leah Vukmir and Kevin Nicholson, a former Marine and a former Democrat, are battling to prove their loyalty to the president.

Democrats have several primaries in House races in districts that will be competitive in November, notably in Kansas and Washington state on Tuesday.

Trump’s backing of Republican Representative Ron DeSantis gave the conservative congressman a huge boost in his Aug. 28 primary for the gubernatorial nomination in the important battleground state of Florida. DeSantis faces Adam Putnam, the state agriculture commissioner and a former congressman, for the nomination to replace Governor Rick Scott, who is running for the U.S. Senate.

A recent DeSantis campaign ad touts his allegiance to Trump, showing him urging his toddler daughter to “build the wall” with toy blocks and features his baby in a red “Make America Great Again” onesie.

The next test of the electoral power of progressive Democrats will be in Michigan, where health director Abdul El-Sayed is vying to become the country’s first Muslim American governor. El-Sayed was endorsed by Sanders and campaigned recently with Alexandria Ocasio-Cortez, the young democratic socialist whose shocking, recent New York primary upset made her a movement star.

El-Sayed has backed a state-level, single-payer healthcare system that the front-runner in the race, former state Senate Democratic leader Gretchen Whitmer, has said is not realistic.

OTHER RACES WITH PROMINENT CONTENDERS

Two well-known Republicans, Kris Kobach in Kansas and Tim Pawlenty in Minnesota, are vying for the governor’s office in their home states.

Kobach, a leader in the conservative drive to restrict illegal immigration and pass more restrictive voting laws, is challenging Governor Jeff Colyer for their party’s nomination on Tuesday.

Polls show Kobach, vice chairman of Trump’s commission to investigate voting fraud before it collapsed, and the incumbent governor running head-to-head at the top of a big pack.

Pawlenty, a former two-term governor whose 2012 presidential bid ended quickly, is running against a county commissioner to get his old job back in Minnesota’s Aug. 14 primary.