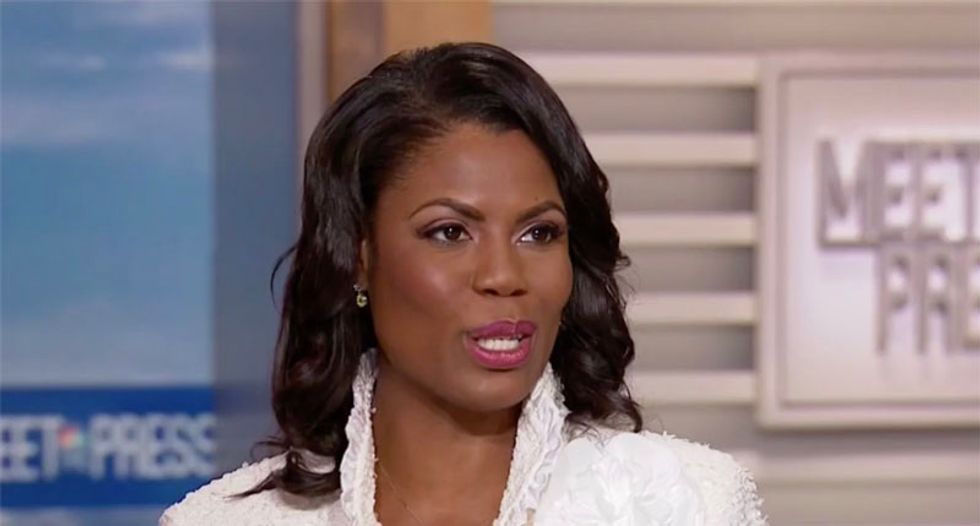 As part of her appearance on NBC's Meet The Press, Omarosa Manigualt, former aide to President Donald Trump, shared a secret recording she made of White House Chief of Staff John Kelly firing her.

"We're going to talk to you about leaving the White House," Kelly began. "It's come to my attention over the last few months that there have been some pretty, in my opinion, integrity issues."

What followed was a tense discussion over whether she was being fired or forced to resign, with the Omarosa asking for a direct answer, and Kelly advising, "I think it's important to understand that if we make this a friendly departure, you can look at your time here in the White House as a year of service to the nation."

In a follow-up interview with host Chuck Todd, she also described the way the exit interview was handled, saying she felt threatened and that Kelly told her, "Things can get ugly for you."

"If I did not have this recording, people would still believe the false, incredible story that I was running around the White House," she explained. "So yes I recorded myself and I have no regret about it."

Turning to her work for Trump over the years, she admitted that she made a mistake and "was complicit with this White House deceiving this nation."

“Being used by Donald Trump for so long, I was like the frog in the hot water. You don’t know that you’re in that situation until it’s just bubbling and bubbling. I was complicit with this White House deceiving this nation. They continue to deceive this nation by how mentally declined he is, how difficult it is for him to process complex information, how he has not engaged in some of the most important decisions that impact our country.”

You can watch both parts of her interview velow: