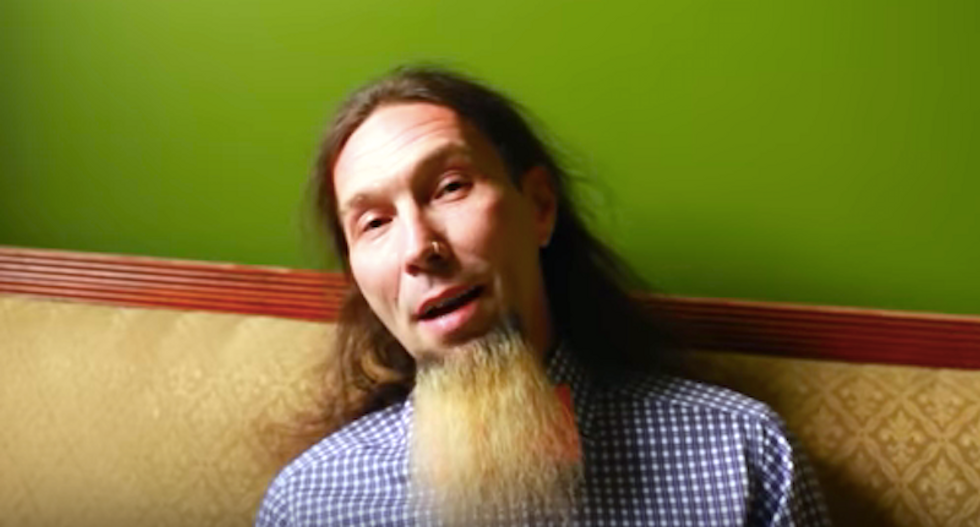 A Michigan business owner decided he would rather post politically and racially charged videos on YouTube than continue operating his body piercing shop after customers complained about his language.

A customer complained on social media that shop owner J.C. Potts had expressed racial views that made her uncomfortable during a visit to Pangea in Ann Arbor, reported MLive.com.

"After a few minutes of small talk, the man that pierced my nose (J.C. Potts) began to talk to me about white supremacy, and why whites must 'stick together,'" said customer Laura Stroudd. "He repeated many times that when it came down to 'us vs them' I would have to embrace my 'white heritage' to survive."

Stroudd said Potts repeatedly uttered racial slurs and became angry when she refused to agree with his conclusions, and she became fearful for her own safety.

The shop owner denies the customer's claims, saying they were exaggerated or twisted, but agreed that he sometimes expresses controversial viewpoints while working and on the shop's YouTube channel.

"Anyone who has seen my videos or has been pierced by me knows that I'm nowhere near politically correct and I use my unconventional sense of humor to mock a world gone completely insane," Potts told the newspaper.

He placed blame for the encounter on his customer, saying she was simply too sensitive to appreciate his point of view.

"I'll talk about challenging topics, and for the ultra-sensitive activist types, I'm sure that I can sound like some Trumpian figure, and with a little twist and some embellishment it might be the 'actual racism' that Ann Arbor has been so desperately searching for," Potts said.

Stroudd's post was widely shared on social media, and other customers recalled similar comments and sexually inappropriate remarks Potts had made while visiting his shop or online.

Potts responded to the customer claims with a video posted on Pangea's YouTube channel, where he announced he was closing his doors.

"My career is over," he said in the video. "I'm completely done with the piercing business."

Potts strongly denied that he was a white supremacist or white nationalist, but he also pointed to several local "false flag" incidents that he said proved claims of racism are sometimes overblown.

"All it takes is offending a few rabid social justice types and they can signal boost, twist, embellish and in some cases, outright lie in their thirst to punish a blasphemer until they get what they want," Potts said. "I'm not a white supremacist, white nationalist, separatist or anything like that. I've just said that we should always be treated equally - even straight white men. If that's the extent of my heresy, then I'm a heretic."

Potts told the newspaper he would continue posting his views on social media, but not on the Pangea Piercing YouTube channel.

"My only blasphemy extends to offering my love and respect towards my own, as well as everyone else," Potts said. "If that makes me a witch, then I'm going to get burned. That is my heresy, and I will not recant. I only ask the others working with me can escape - my sin is my own, and has nothing to do with them."