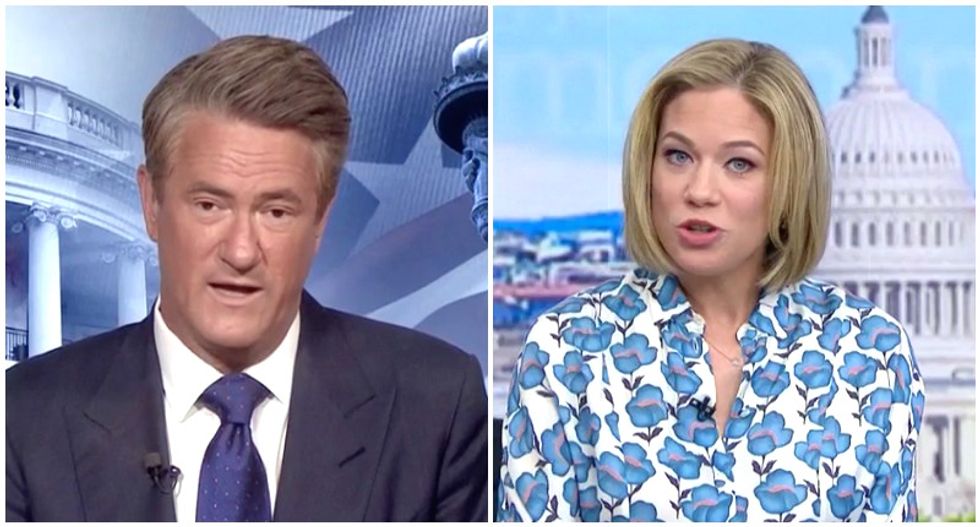 President Donald Trump tells demonstrable, and often contradictory, lies every day -- but panelists on MSNBC's "Morning Joe" agreed that his occasional truthful statements usually reveal something damaging about himself.

The president is feuding with former "Apprentice" castmate Omarosa Manigault-Newman, who is promoting a tell-all book about her controversial White House stint, and Trump retweeted another close ally who's turned on him to defend himself against the former reality star's claims.

LTo the many dozens of #journalists who called me, questioning @OMAROSA claim in her new book that @POTUS… https://t.co/z8pPJ5ZuiM
— Michael Cohen (@Michael Cohen) 1534101907.0

New York Times reporter Nick Confessore said the president had told 1,000 lies so far this year, including 100 in the past week -- and host Joe Scarborough agreed that "blizzard" of misinformation presents a serious challenge to the media and voters.

"If he told one or two lies a week, then those would be cover stories, and it's much easier to follow that," Scarborough said. "When he tells just a flurry of lies, obvious lies, day in and day out, that you don't know if can you do a front-page investigation of Donald Trump caught lying."

"He'll just do it for you on his Twitter feed and contradict himself," he added, "or Rudy Giuliani will just do it and make it so obvious that you're kind of like, wait -- everybody understands this, right? But apparently, again, 90 percent of (Republicans) don't care that this guy is a liar who contradicts himself on a daily basis."

MSNBC analyst Elise Jordan said reporters should focus on one apparently truthful, and scandalous, claim Trump made Monday on his Twitter feed.

"I'm going to suggest a radical approach," Jordan said. "We can just focus on the truth that was in that tweet ... that he kept Omarosa in the White House because she said good things about him. That really was a grain of truth, a rare drink of water in the desert, the oasis of lies that we can look at and that shows what matters to Donald Trump."

"It gives us a worldview into how he is managing his administration," she added, "and we all should be petrified that the criteria for being a high-ranking White House official is how good you are at kissing up to the commander in chief."

Scarborough agreed that revealed a fundamental insight into Trump's character.