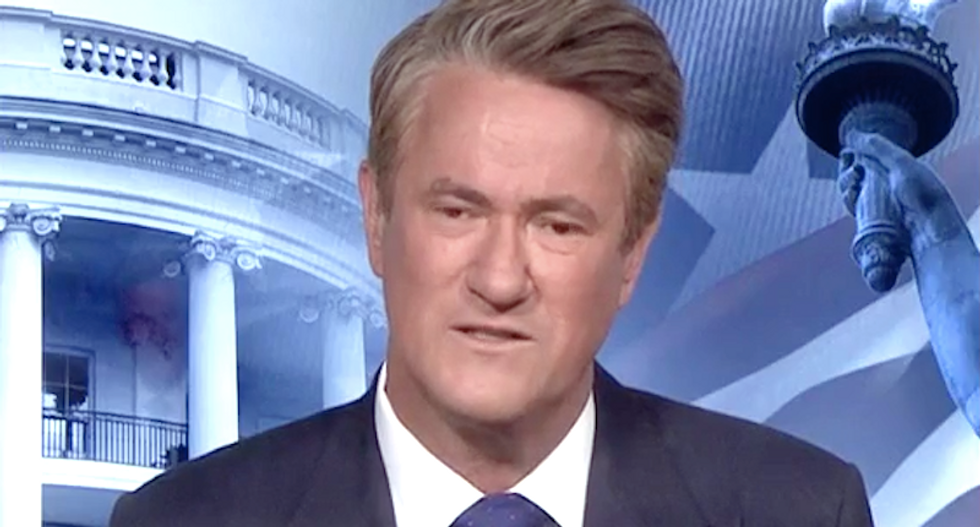 MSNBC's Joe Scarborough bashed President Donald Trump as a coward for his refusal to visit troops in a combat zone and for bowing down to Russian president Vladimir Putin in Helsinki.

The president signed a defense spending bill named in honor ailing Sen. John McCain (R-AZ), but Trump refused to speak his name at a Fort Drum ceremony and took shots at his Republican critic.

"What's so fascinating is here you have a guy that Donald Trump can show no respect for, who gave his all for his country, went into a war zone, got shot down, was a prisoner of war, could have gotten out," Scarborough said.

Trump's approval rating has dipped below 40 percent again, after his administration's child separation policy and his appeasement of Putin.

"They can't find parents of these children that they intentionally ripped from their arms and separated," Scarborough said. "Of course, I think that Helsinki summit where Donald Trump looked so weak and as the Europeans said he looked like Putin's poodle, I think that lasting image is just sticking even in the minds of loyal Republicans and independents."

"Gosh, even if we voted for the guy, we hate seeing our president look so weak and feckless and like a lapdog for a ruthless ex-KGB agent who is now running Russia," he added.