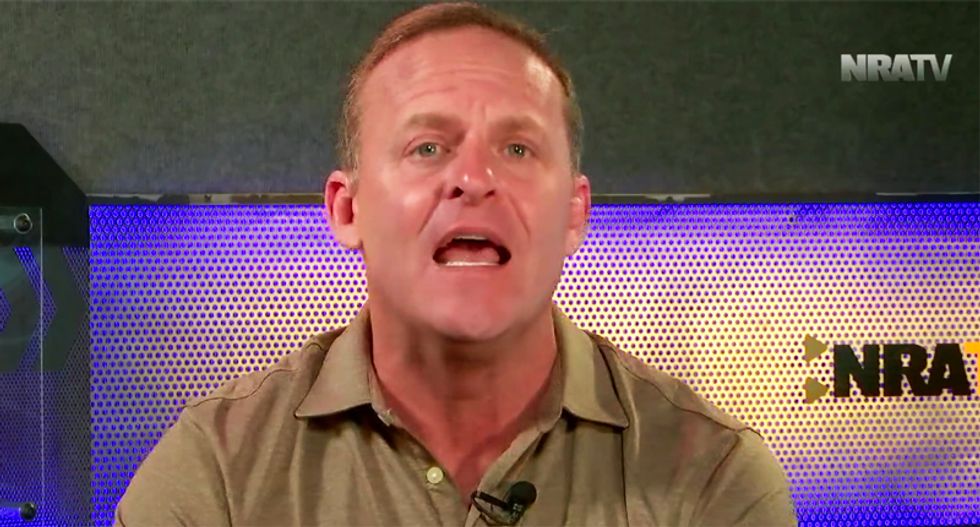 NRA TV host Grant Stinchfield on Monday pointed the finger at the product that he claims was most to blame for Sunday's mass shooting at a gaming competition in Jacksonville: Noise-cancelling headphones.

Media Matters reports that Stinchfield on Monday criticized gamers at the tournament for wearing headphones that made it harder for them to realize they were being shot at by a crazed gunman.

"If you listen over the talking that person doesn’t hear the shots," he said. "Why? Because their headphones are on. This is another example of people not being aware of their surroundings. I heard at least four, or five, or six shots while that person was taking a cellphone video of the game. There’s no running for cover, there’s not even any looking around."

He then warned that wearing such headphones could be "deadly" for people who use them in a variety of situations, not just at video game tournaments.

The mass shooting, which police say was carried out by Baltimore native David Katz, resulted in the deaths of two tournament goers as well as Katz himself after police say he took his own life.

Watch the NRA TV video below.