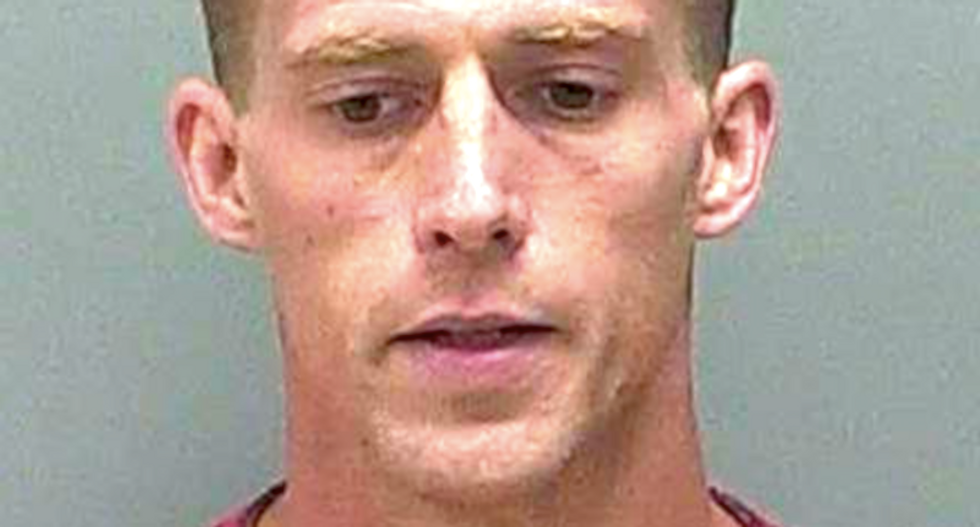 An Oregon man was arrested for a racist attack on some Hispanic laborers that was caught on video -- despite his apparent effort to alter his appearance afterward.

Three men were leaving their roofing job July 24 when their trailer ran up on a sidewalk in Springfield and became stuck, reported The Oregonian.

The men got out of their truck to move the rig, which was blocking the sidewalk, bike lane and one lane of the street, and one of the workers took out a phone to record video to show their employer what happened, police said.

That's when a man later identified as Sean Ryan Felger approached, pushing a stroller where his 2-year-old daughter was riding.

The video shows Felger push his daughter around the trailer before parking the stroller and launching into a racist tirade.

"Move your truck, you created this," Felger shouts, and appears to shove one of the workers who was trying to explain the situation.

He continues shouting profanity and racial slurs at the men, before telling them to "go back to Mexico."

"The surprised men did not retaliate and watched as Felger pushed the stroller westward," police said in a report.

Police released images from the video earlier this month and later arrested Felger, who was charged with second-degree intimidation, disorderly conduct and harassment.

Felger had shaved his head and beard, which police believe was an attempt to disguise his appearance after the images were released.