'Racist! Racist!': CNN panel goes off the rails when Navarro and Sellers school Trump ally over presidents history of racism 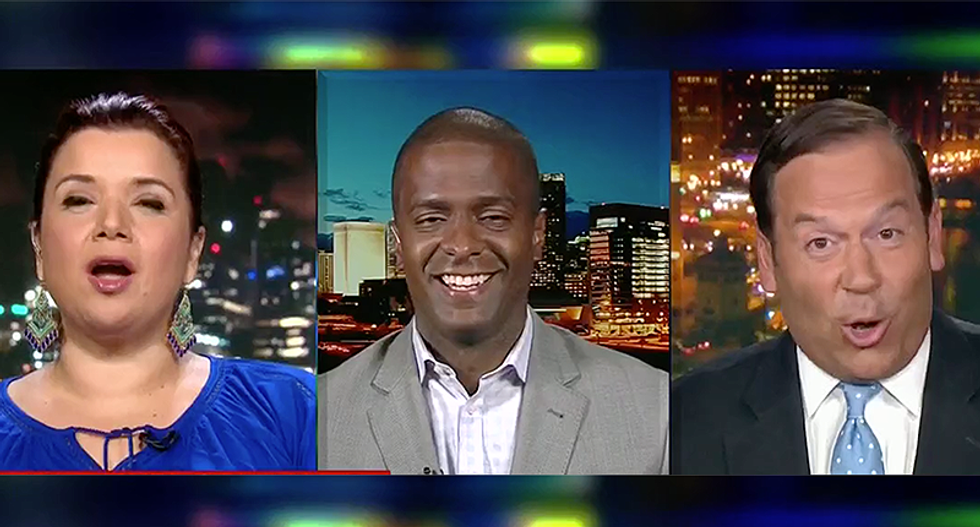 A Monday political panel on Don Lemon went completely off the rails when Donald Trump's former aide Steve Cortes insisted there is no evidence to confirm the president is a racist.

"I think it's very difficult," Sellers said about finding those willing to work for Trump. "At this point in time, you're not working for George W. Bush. You're not working for Ronald Reagan. You're working for the equivalent of what many of us believe to be George Wallace with the dog whistle he uses. I hope there are some who will step forward so we can have that voice. I don't believe African-Americans should be on one side or the other but it's a difficult leap to make."

The comment came after senior strategist Kellyanne Conway stammered when asked who the highest-ranking black person in the West Wing was in the wake of Omarose Manigault-Newman's departure.

Cortes shot back that Wallace was a Democrat when he ran and called Sellers' accusation "utterly insulting." He went on to say that just because Sellers claims Trump is a racist doesn't make it true and that the president has worked his entire life to make the world better for minorities. The claim prompted Lemon to call it "hyperbole."

"Briefly, if I can just give you a history lesson," Sellers said.

"Go ahead, condescend to me," Cortes shot back.

Sellers explained that after the Civil Rights Act and Voting Rights Act was passed, there was a period of time where a number of Democrats, including Strom Thurmond, left the party and switched to be Republicans.

"Not only do you have bigotry dating back to the fact where he owned casino and he got sued by casino workers for discrimination. Or that he put little, small 'C's' for 'colored' on housing applications. Or the fact he asked for the Central Park Five, after they were exonerated, for the death penalty for these individuals. He actually uses racist tropes daily talking about Maxine Waters and others," Sellers said.

He went on to explain that the comparison to Trump and Wallace was only to illustrate that history has seen this before.

He went on to school Cortes on the facts behind the black unemployment numbers Trump loves to throw out and how much they fell under former President Barack Obama compared to Trump.

"Donald Trump is a bigot. Donald Trump uses racism as political currency. That's a problem we have in this country," he closed.

Cortes accused Sellers of playing the race card because he didn't want to debate policy issues. He seemed to ignore the laundry list of historic policies and history of racism Sellers cited, from employment to housing, all at the hands of Trump. Cortes then claimed that the lives for minorities didn't improve under Obama, which Sellers called "BS."

That's when Ana Navarro chimed in, noting that the reason she and others call Trump a bigot, a racist, a misogynist or a hypocrite is from his tone and rhetoric. Navarro said that Trump legitimizes those neo-Nazis and white supremacists when he uses language like "sh*thole countries" or tweets about Don Lemon and LeBron James.

Cortes ultimately attacked Navarro, saying that she is never going to win if all she does is shout racism.

Watch it all below: