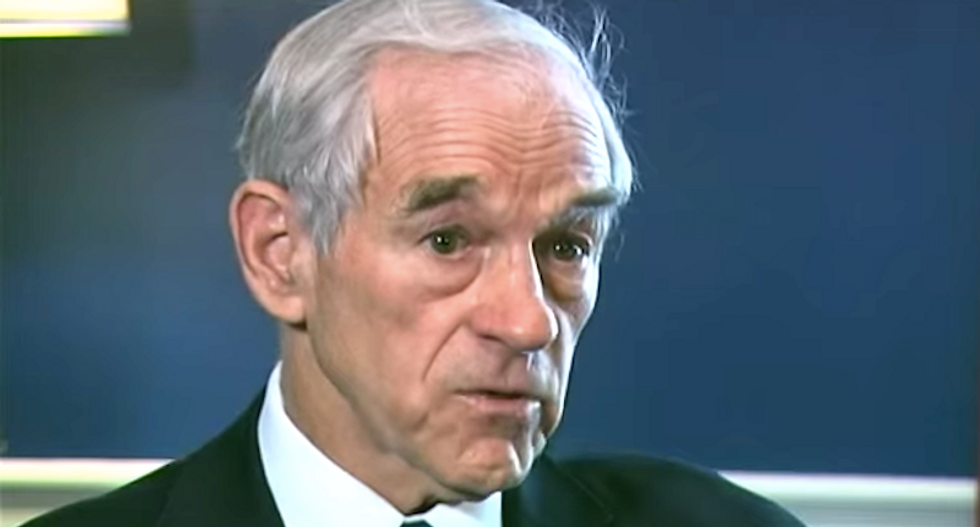 An apparent fan of failed presidential candidate Ron Paul is accused of opening fire on a Federal Reserve Bank building in Minnesota, causing tens of thousands of dollars in damage.

Christopher Wood allegedly went to the top of a parking ramp July 21 at the Minneapolis Central Post Office where he worked and fired several shots from a 12-gauge shotgun at the nearby federal building, reported the Star-Tribune.

The gunshots broke windows and damaged interior walls at the Reserve building, causing damage estimated at $40,242 but no injuries.

The 43-year-old Wood was arrested Monday as he left his St. Paul apartment, where investigators said they found the shotgun, some ammunition and evidence that the attack was politically motivated.

Authorities found "End the Fed" literature associated with Paul, a former Texas congressman and Republican presidential candidate, along with novelty dollar bills with the retired lawmaker's face printed on them.

Paul is the father of U.S. Sen. Rand Paul (R-KY) and a longtime critic of the Federal Reserve.

Investigators used a laser device to track the trajectory of the shotgun blasts to an area where Woods parks his car, and surveillance video from the previous day showed Wood pull into a parking spot 45 minutes before his Post Office shift began.

The video shows Woods testing an experimental gun made from PVC pipe, and cameras showed him on the ramp the day of the bank shooting an hour after his shift ended.

Woods was charged with first-degree damage to property and a single count of reckless discharge of a firearm, and he remains free on $40,000 bond and was ordered to stay away from the Reserve building.