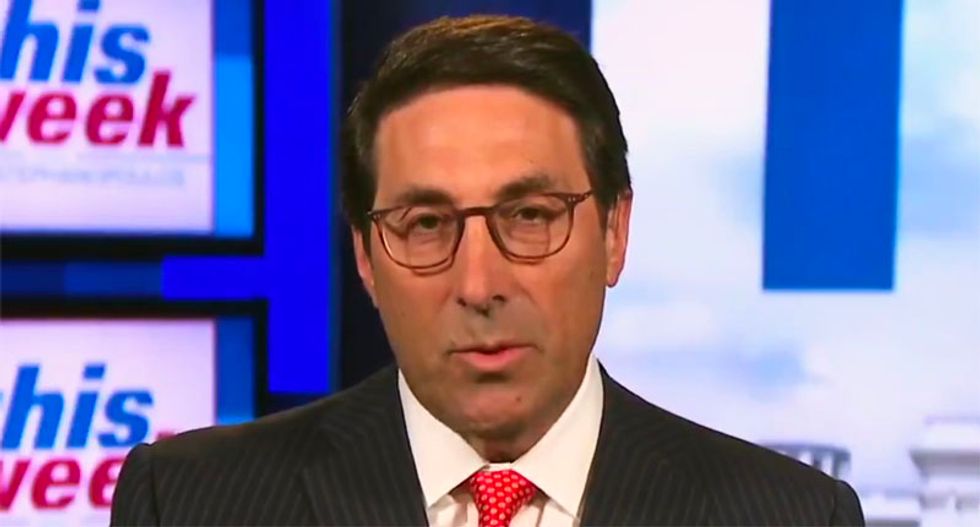 Appearing on ABC with host George Stephanopoulos, one of President Donald Trump's personal attorneys admitted that he had misled the public about the reason Donald Trump Jr. and other campaign officials met with Russian officials in a 2016 Trump Tower meeting.

Attorney Jay Sekulow was confronted with a clip of his previous statements on the meeting where he said it was to discuss Russian orphans, before being asked about Trump's tweet Sunday morning admitting the meet-up was to get information about his opponent, Hillary Clinton.

According to Sekulow, who had previously put out a memo about the meeting that is now at odds with Trump's admission he had only been involved in the Trump legal camp for "a couple of weeks" at the time.

Adressing his own investigation about the meeting, he added, "There was a lot of information we were gathering."

"As my colleague Rudy Giuliani said at the time, I had bad information at that time and made a mistake in my statement. I've talked about that before," he explained. "That happens when you have cases like this."

"I have to say, over time, facts develop," he admitted.