Avenatti slams GOP for refusing to hold hearing on gang rape allegations: ‘My client deserves the right to be placed under oath and testify’ 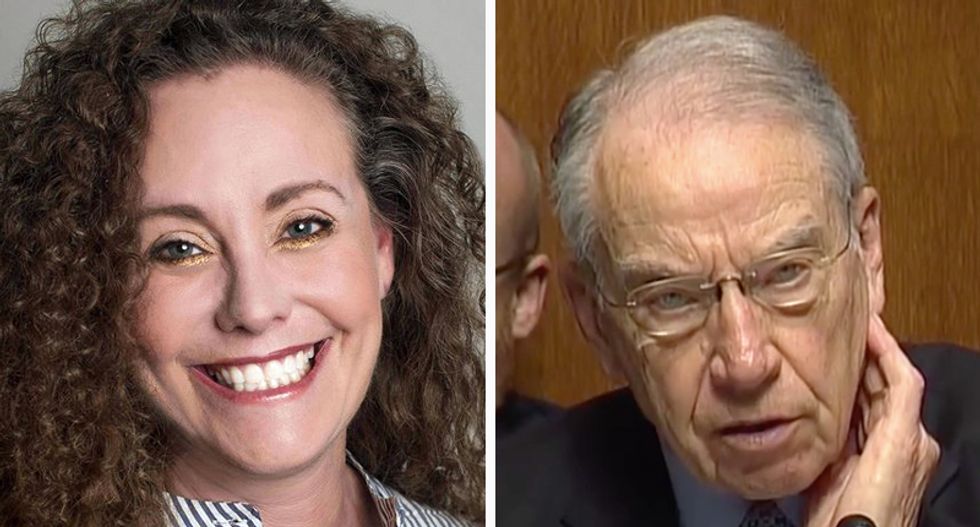 Attorney Michael Avenatti revealed on Thursday that reported sexual assault survivor Julie Swetnick is "demanding" an opportunity to be heard before the Senate Judiciary Committee.

Sen. Grassley refused to hear testimony from two other reported victims, including the gang rape allegations by Swetnick.

"My client Julie Swetnick is demanding the opportunity to be heard, together with at least one supporting witness," Avenatti relayed. "The Committee is refusing to get back to us and allow the testimony."

"My client deserves the right to be placed under oath and testify," he urged, including an email sent to Judiciary Committee chief counsel Mike Davis.

My client Julie Swetnick is demanding the opportunity to be heard, together with at least one supporting witness. T… https://t.co/ehDLR0wWpg
— Michael Avenatti (@Michael Avenatti)1538086395.0