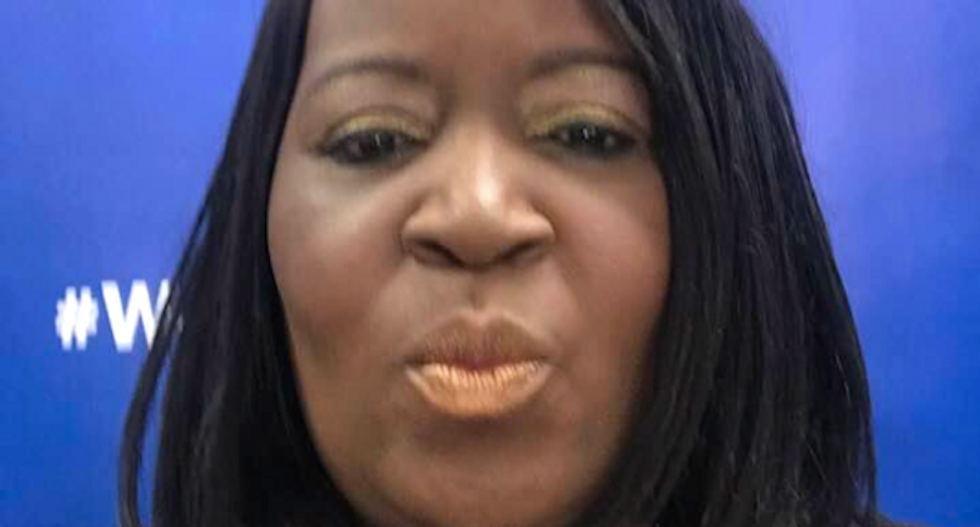 A Wisconsin woman who's about to become her county's first black state representative was questioned by police as she introduced herself to voters in a predominantly white neighborhood.

A neighbor called police to report 46-year-old Sheila Stubbs, a 12-year veteran of the Dane County Board of Supervisors, as a possible drug buyer as she was knocking on doors one Tuesday evening in August when she spotted a patrol car parked alongside hers, reported The Capital Times.

“FULLY OCCUPIED SILVER 4 DR SEDAN NEWER MODEL - THINKS THEY ARE WAITING FOR DRUGS AT THE LOCAL DRUG HOUSE - WOULD LIKE THEM MOVED ALONG,” read the dispatcher's notes from the Aug. 7 call.

Madison police found Stubbs' mother, 71-year-old Linda Hoskins, and her 8-year-old granddaughter sitting in the car as she campaigned for the 77th Assembly District.

“I belong where I choose to go,” Stubbs said. “You don’t have to like me. You don’t even have to respect me. But I have a right to be places."

Stubbs said she was heartbroken and humiliated when she explained to her granddaughter why police were questioning her.

"It's 2018," Stubbs told the newspaper. "It shouldn't be strange that a black woman's knocking on your door. I didn't do anything to make myself stand out. I felt like they thought I didn't belong there."

The former parole agent and educator won the Democratic primary election a week later, and is effectively the diverse district’s representative-elect because she will not face a Republican opponent in November.

The 77th District covers some of Madison's poorest neighborhoods, as well as some of its wealthiest, and was represented for nearly two decades by Terese Berceau -- who endorsed Stubbs after deciding not to run for re-election.

Stubbs said she had been in the neighborhood, which she declined to identify, for about 20 minutes before a man called police to report her as suspicious.

She said the officer who responded, former social worker Katherine Bland, was courteous, but Stubbs said she felt the need to prove she belonged in the neighborhood by showing her name tag, campaign literature and list of doors she would knock on.

“It was just so degrading,” Stubbs said. “It was humiliating. It was insulting.”

Another black lawmaker, Oregon state Rep. Janelle Bynum (D-Clackamas), was reported as a possible burglar in July as she knocked on doors and answered cell phone calls while campaigning in her district.

Several other incidents have attracted widespread attention in recent months when white people have called police on black people for engaging in everyday activities in public spaces.