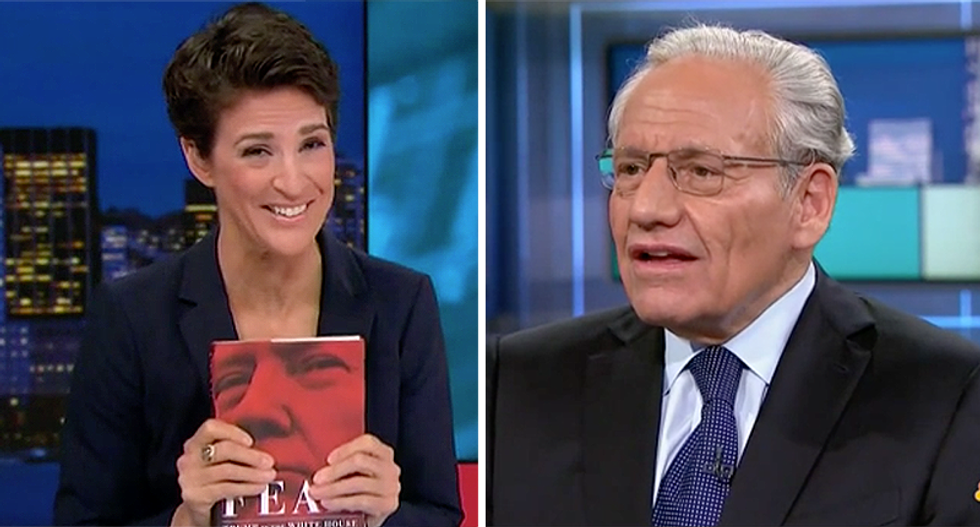 Hot on the heels of the publication of his new book "Fear: Trump in the White House," veteran journalist Bob Woodward told MSNBC's Rachel Maddow that President Donald Trump lacks the type of rational thinking skills required to properly run the United States.

"He closes his mind to the information that makes it possible for the president to weigh arguments and data," the Watergate journalist told Maddow.

When asked where he gets his ideas, Woodward conveyed, Trump often tells people he's "had them for 30 years."

"That has got to give you pause that the White House and the government are being managed this way," he said. "

Woodward noted that he's now written about nine presidents — 20 of all presidents in American history, from Richard Nixon to Donald Trump — and that the biggest skill he thinks presidents need is the capacity to learn.

"Presidents can do wonderful things and they can do disastrous things," Woodward said. "The process really matters."