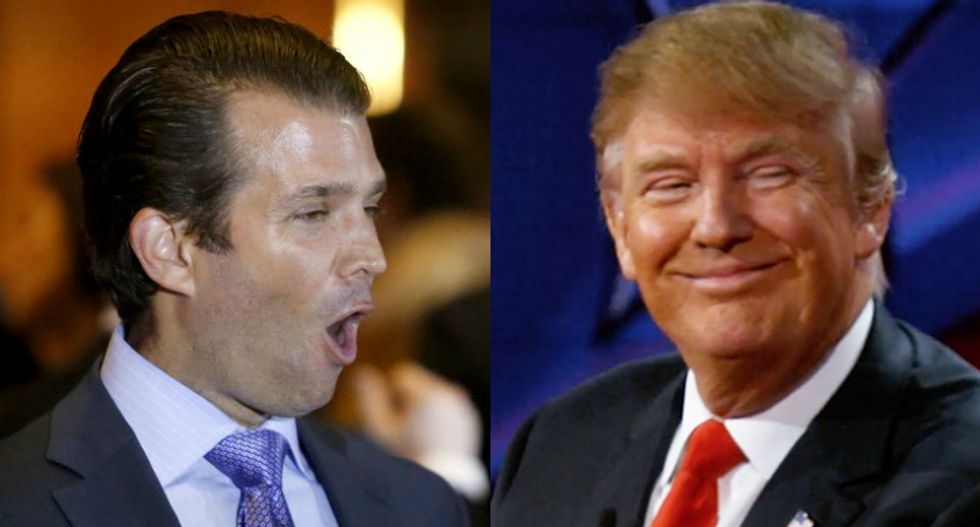 President Donald Trump has been uncharacteristically quiet since news broke that his former campaign manager, Paul Manafort, has agreed to cooperate with prosecutors.

Mostly, he's been tweeting (inaccurate) information about the hurricane hitting North Carolina and claiming (falsely) that his poll numbers are good.

What is Trump thinking about this weekend? CNN invited Time magazine contributor Jay Newtown-Small on to discuss that.

Newtown-Small said that insight into Trump's mindset can be gleaned from "how subdued he is."

She then suggested that Trump may be spending his weekend deciding the fate of his son, Don Jr., who organized the infamous Trump Tower meeting that Manafort can now testify about.

"The next people are in line here are, frankly, Donald Trump Jr., who was at that infamous meeting in Trump Tower," she said. "What happens when the president has to decide, 'Is it my son who I throw under the bus next, with all the other people I've thrown under the bus?' As they flip [people] increasingly close to the president, he must be very, very worried for his family and his presidency."