CNN panel recoils at Kavanaugh's 'cringeworthy' claim to have been a virgin through college: 'I need a spa day' 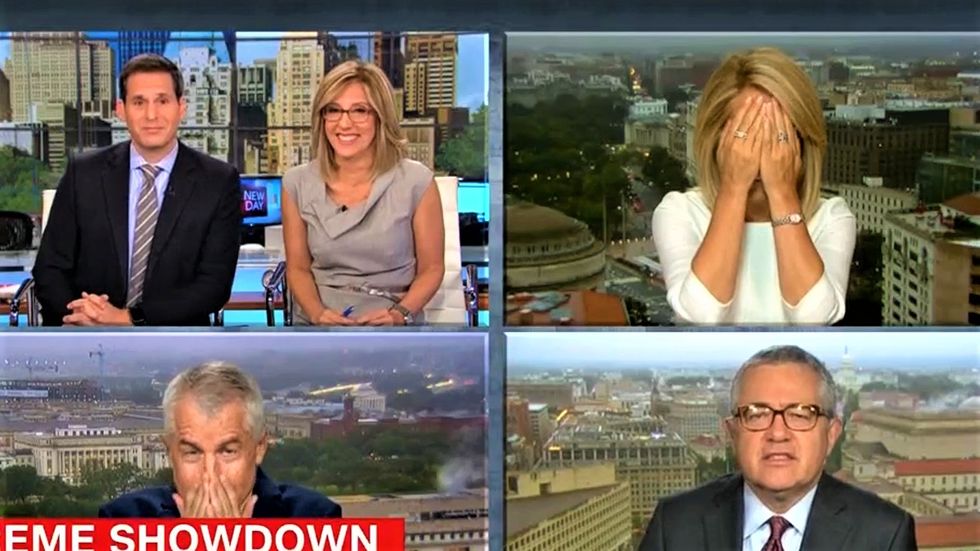 A CNN panel on Tuesday physically recoiled at Supreme Court nominee Brett Kavanaugh's claim to have been a virgin throughout high school and college.

After playing a clip from Kavanaugh's Monday interview on Fox News, several panelists put their heads in their hands while legal analyst Jeffrey Toobin shouted out, "Oh please, God, tell me less!"

"It's not even relevant to the accusation," Toobin pointed out. "The accusation is one of very serious pawing and touching and gross behavior -- the fact that he's a virgin is neither here nor there!"

National security analyst Phil Mudd shared Toobin's analysis and said he couldn't believe Kavanaugh had floated his supposed sexual purity as a defense against the accusations leveled against him.

"Why did this even come up?" he asked. "Every time the judge speaks, he lays down a different fact that someone has the potential to attack. I would go home, have a cup of coffee, take a nap and be quiet. This is unpleasant -- I need a spa day, Alisyn."