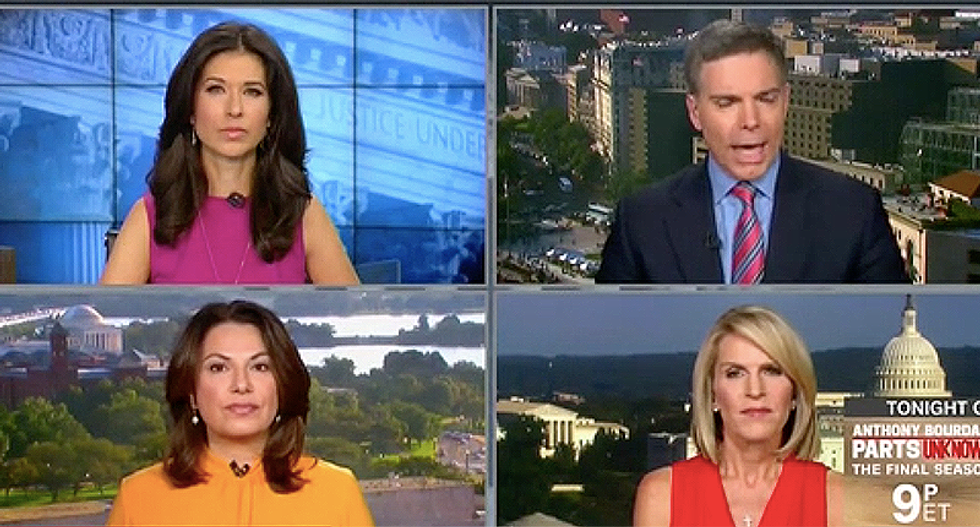 Throughout his defense Thursday, Kavanaugh mentioned how much he liked beer so many times that former Bush administration colleague Nicolle Wallace even noted she'd never heard him talk about it that much.

"I think they should narrow it in scope," Lewis said about the FBI investigation. "But it depends what that means. [Sen.] Jeff Flake (R-AZ) specifically said in the Senate Judiciary Committee that this will be a week long and limited in scope, that is what he asked the president to do to sort of make him feel okay about, you know, moving the process along. So that is where this began."

But when it came to things the FBI can ask about, Lewis said he didn't want to see them hone in on Kavanaugh's drinking problems.

"And I do think it would be inappropriate to sort of drunk-shame Brett Kavanaugh," he said. "If he was getting -- drinking, you know, 36 years ago, that has nothing at all to do with whether or not he may have committed or attempted to commit a rape."

Kavanaugh downplayed his drinking until friends confirmed accounts that he illegally drank to excess during high school and college. Even those who endorsed Kavanaugh's candidacy on the Supreme Court noted that he was downplaying the drinking.

A report by the National Institute on Alcohol Abuse and Alcoholism explained that alcohol can sometimes be used to excuses behavior in cases where men do something illegal. Conversely, alcohol is also used to claim women culpable for being raped.

Lewis also noted that this issue is an emotional one and that he would likely be angry if someone was accusing him of sexual assault. Kavanaugh's anger during his hearing is something Democratic women used to question why Kavanaugh wouldn't then ask for an FBI investigation if he was so upset and wanted to "clear his name" as he stated.