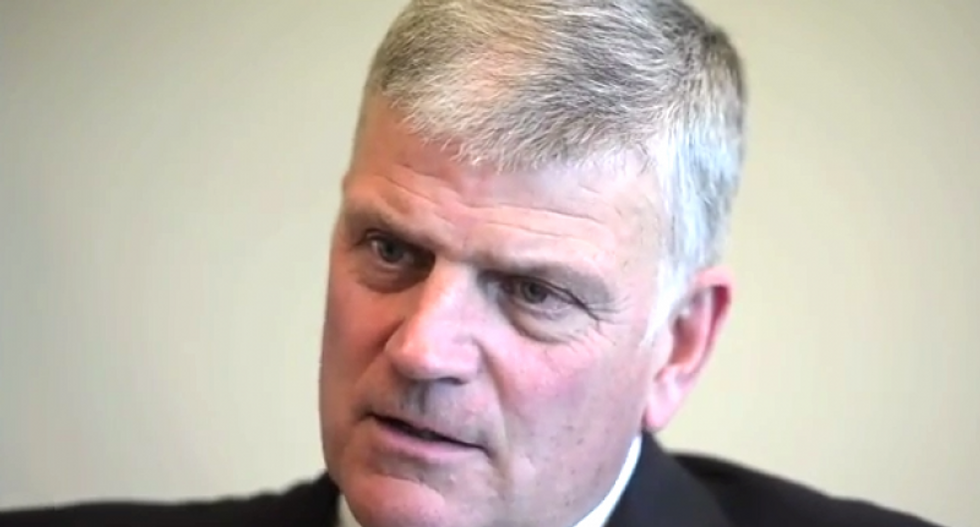 Leaders of the Christian Right who are anxious to get Supreme Court nominee Brett Kavanaugh installed on the court are growing furious with top Republicans for not pushing ahead and voting on President Donald Trump's nominee instead offering his sexual assault accuser a platform to make her case to the nation.

According to the New York Times, evangelical leaders are putting pressure on the GOP leadership, warning that religious conservatives may stay home and not vote in the midterm elections unless Senate Republicans do more to defend Kavanaugh and get him seated.

“One of the political costs of failing to confirm Brett Kavanaugh is likely the loss of the United States Senate,” warned Faith and Freedom Coalition founder Ralph Reed, who added, "If Republicans were to fail to defend and confirm such an obviously and eminently qualified and decent nominee then it will be very difficult to motivate and energize faith-based and conservative voters in November.”

According to evangelical Franklin Graham, an ardent Trump defender who has previously dismissed concerns that Trump had multiple affairs with adult film stars and Playboy models,"I hope the Senate is smarter than this, and they’re not going to let this stop the process from moving forward and confirming this man.”

With Senate Judiciary Committee chairman Sen. Chuck Grassley (R-IA) offering Kavanaugh accuser Christine Ford an opportunity to appear before the panel on Monday, Christian Right leaders fear her testimony could blow up the Kavanaugh nominations, delaying another candida until after the midterm election where the GOP faces the very real possibility of losing both chambers of Congress.

“The White House is walking a tightrope,” said evangelist Robert Jeffress, a close confidante of Trump. “They cannot summarily dismiss these allegations and alienate G.O.P. and independent female voters in the midterms. Neither can they abandon a nominee they and their base strongly support.”

“Republicans are right, as a moral matter as well as a political matter, to take allegations of misbehavior like this seriously,” explained Frank Cannon, president of the American Principles Project , before adding, “At the same time, we’ve seen anything and everything thrown at Republican Supreme Court nominees for decades,” and complaining that Democrats are “playing by different rules.”

Added Jeffress, " I can say with absolute certainty that the Democrats don’t care who is telling the truth. Their only interest is in delaying and derailing this confirmation.”