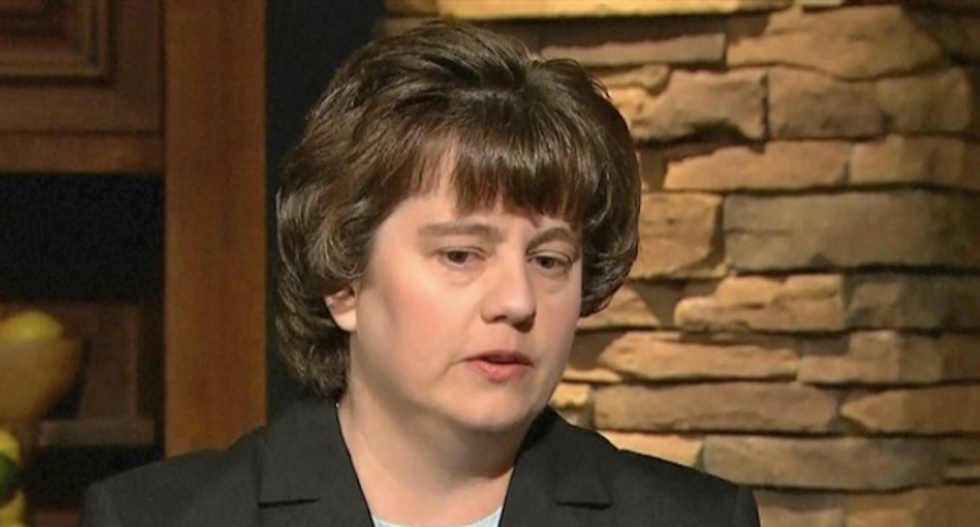 As the harrowing cross-examination of Dr. Christine Blasey Ford continued Thursday afternoon, commentators wondered if Republicans had made a fatal error in drafting sex-crimes prosecutor Rachel Mitchell to examine the witness. "One Trump ally just joked Mitchell must be working for the Democrats she’s been that bad," tweeted Vanity Fair reporter Gabriel Sherman.

Mark Osler, Professor and Distinguished Chair in Law at St. Thomas School of Law, worked as a prosecutor in Detroit in the 1990s, before quitting and becoming a criminal justice reformer. He also went to the same law school as Brett Kavanaugh and was on a list of distinguished law professors and lawyers who initially supported Kavanaugh.

Although he disagrees with Kavanaugh politically, Osler thought he was qualified, based on what he'd known about him before the allegations came out. He says he changed his mind about supporting Kavanaugh's nomination when the allegations came out—he thought they warranted an investigation. After hearing Dr. Ford's testimony today, Osler is certain he no longer supports Kavanaugh.

"Now I wouldn't sign it because there seems to be a credible accuser saying he committed a serious sexual assault," Osler says.

Osler finds Republicans' choice to appoint Rachel Mitchell baffling. First of all, prosecutors build a case over the course of questioning then put it together for a jury in a closing statement. Apparently no one had realized that Mitchell would be hobbled by the five-minute rule, and the fact that there's no closing statement.

"In a cross examination, what you do is present a series of facts, that lead to conclusion, then closing argument brings it together," he tells Raw Story. "She can't get a rythym and she doesn't have the timing to make specific points. She's not doing a closing argument. So it's not very effective and she's looking frustrated," Osler says. Of course, Osler also points out that the GOP's alternative—having older white men interrogating a sexual assault victim—was not ideal either.

Osler is also surprised at GOP ignorance of how a courtroom works. In sex crime cases, the prosecutor is supposed to poke holes in the defendent, not the accuser's, story.

But the main reason the hearing has been a disaster for the GOP comes down to Ford herself.

"The other thing is that Dr. Ford is a remarkable witness. She gives short, sharp answers that acknoledge the things she gets wrong."

"She's really effective. She keeps describing things in a way that's authentic to a lot of people. Who does she talk to for advice? Her beach friends. You can visualize that, these 50-something year old women on a beach."

"Then we think about Brett Kavanaugh's beach friends from the Beach Week marked on his calendar ... " Osler says, in reference to third set of accusations of assault against Kavanaugh.

When I reference the idea that Mitchell is making Dr. Ford look so sympathetic it's like Republicans have suddenly evolved respect for the victims of sexual assault, Osler points to Lindsay Graham, who has dismissed the charges against Judge Kavanaugh.

"Yeah you just look up and you see Lindsay Graham and you think, 'This is the person who being respectful? It would take an awful lot to convince people at this point that this group of people is respectful to victims of sexual assault," Osler says.

“I’m sorry, but then you should go to the cops,” Graham reportedly told a woman who confronted him to say that because her assault happened 13

ago she couldn't recall the exact date.