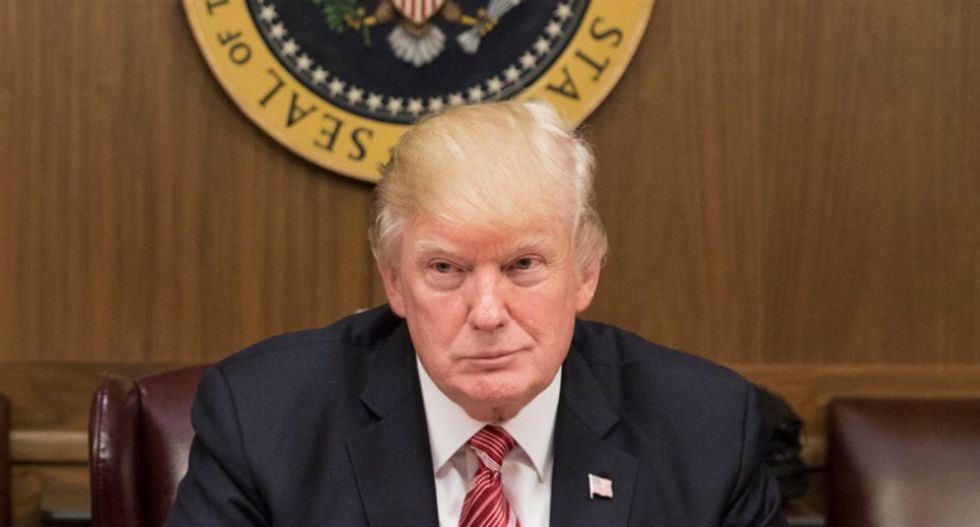 A Republican member of the Senate Judiciary Committee has asked the U.S. Supreme Court to give President Donald Trump even broader authority to issue pardons -- which could have a dramatic impact on the Russia investigation.

Sen. Orrin Hatch (R-UT) has filed a 44-page amicus brief in the Gamble v. United States case that would consider whether to end a 150-year-old exception to the Fifth Amendment's double jeopardy clause, reported The Atlantic.

The dual-sovereignty doctrine allows state and federal courts to prosecute the same person for the same criminal offense -- which may be the only thing standing in the way of Trump pardoning Paul Manafort and other associates in the special counsel probe.

Hatch filed the brief Sept. 11, arguing that the exception should be overturned.

“The extensive federalization of criminal law has rendered ineffective the federalist underpinnings of the dual sovereignty doctrine,” Hatch argues. “And its persistence impairs full realization of the Double Jeopardy Clause’s liberty protections.”

Manafort, the former Trump campaign chairman, pleaded guilty earlier this month in the special counsel probe, and Robert Mueller has threatened to send some of those charges to state court if he fails to comply with the terms of a cooperation agreement with investigators.

If the dual-sovereignty doctrine were overturned, as Hatch has asked, a Trump pardon would protect Manafort from prosecution in New York and elsewhere, and he would be essentially freed from his obligation to testify against his associates.

“If Hatch gets his way," said Elie Honig, a former assistant U.S. attorney in New Jersey, "a federal pardon would essentially block a subsequent state-level prosecution.”

A spokesman for Hatch denies his interest in Gamble -- which involves a convicted robber later charged with a firearm violation -- was related to the Mueller probe.

Trump's nominee Brett Kavanaugh could be sitting on the court by the time the case is heard later in this Supreme Court term, which opens Oct. 1.