'Heck of a job': Conservative commentator slams Trump for still failing Americans in wake of disasters 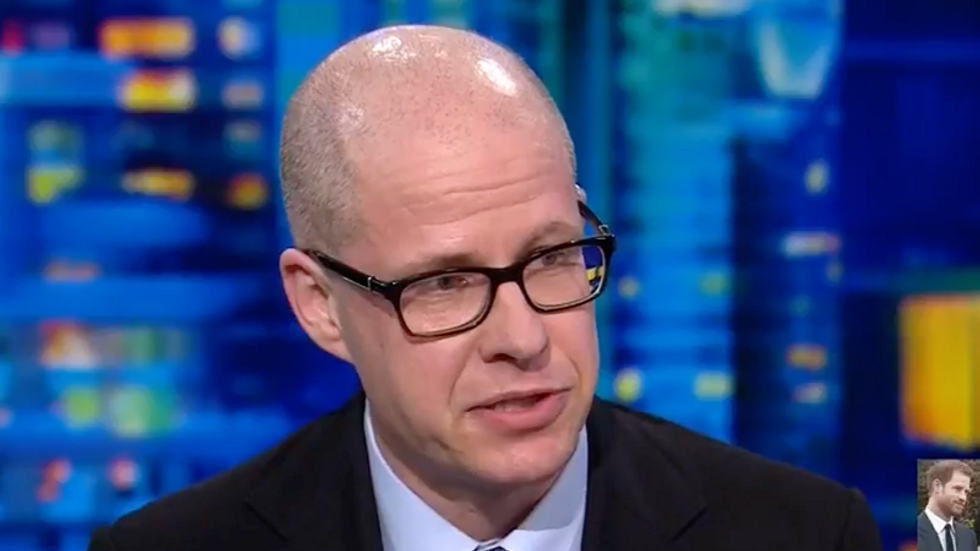 Former Republican Max Boot called President Donald Trump "out of touch" after he boasted about relief efforts to Hurrican Maria as an "unsung success."

While talking about Hurrican Florence set to hit the Carolinas, Trump said that his administration successful response to Hurricane Maria in Puerto Rico even though upwards to 3,000 people died from it.

"Remember that President Bush was pilloried for his response to Katrina when he said, for example, to the FEMA director, 'heck of a job, Brownie,'" Boot told CNN's Anderson Cooper.

A U.S. Capitol rioter says he attacked a police officer during the Jan. 6 insurrection because the officer made fun of the Donald Trump supporters violently storming the building.

Newly released video shows 54-year-old Thomas Webster, a Marine Corps veteran and former New York City police officer, screaming profanities at officers and striking at least one of them with a flagpole before tackling the officer, but his defense attorneys intend to blame the victim for the attack, reported MSNBC's Scott MacFarlane.

ProPublica is a nonprofit newsroom that investigates abuses of power. The Secret IRS Files is an ongoing reporting project. Sign up to be notified when the next installment publishes.

For years Nancy Pelosi, speaker of the US House of Representatives, was the most powerful woman in American politics, Congress's top Democrat squaring off against pugilist Republican president Donald Trump.

Today her fiercest battles -- over the scope of legislation, political ideology, and hot-button topics like Israel -- are not against an intransigent White House but rebellious progressives in her own caucus.