This Trump cabinet official plans to resign soon to run against him in 2020: report 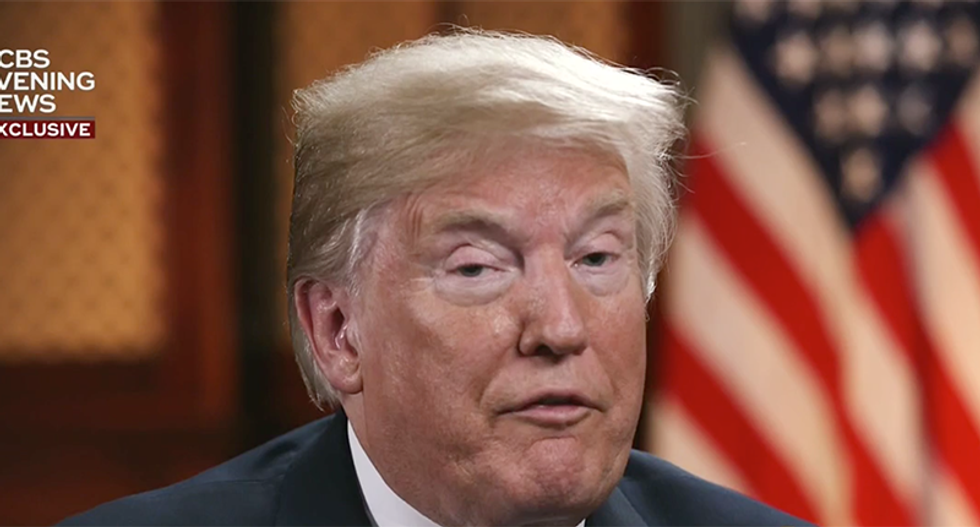 Jennifer Rubin, an opinion writer for The Washington Post, predicted that there is one Republicans who still has the guts and smarts to face President Donald Trump in the 2020 presidential election.

Rubin suggested that U.S. ambassador to the United Nations, Nikki Haley, could successfully run against Trump.

"She might start planning ahead just in case Republicans come knocking on her door looking for a primary challenge to Trump in 2020 (if he’s still in office)," Rubin said. "In the near term, she should get ready to quit. She has maneuvered for nearly two years with hardly a political scratch, outlasting numerous Cabinet officials."

On Sunday Haley appeared on Face the Nation, where she spoke to both sides of the Supreme Court nominee Brett Kavanaugh's sexual assault allegation.

"First of all, I think it’s very important that accuser — that accusers are heard and that their story is heard, but I also think the accused needs to be heard," Haley said.

Haley's ability to please both Trump's fans and critics puts her in a unique position.

"In some ways, she is the ideal foil for Trump. Trumpists cannot accuse her of being a #NeverTrump heretic, while anti-Trump voices would concede that she did a solid job at the U.N. and didn’t provide cover for Trump’s egregious conduct," Rubin wrote.

She added," Trump cannot very well criticize her personally or ding her performance, which he has regularly praised. Trumpists are some of her biggest fans. She can, however, signal that she wants to turn the page on Trumpism, returning to Republicans’ free trade, pro-immigration, saner traditions."

Rubin also noted that Haley has kept the perfect distance from Trump while also boasting about her ability to fact-check the president and give him advice when needed.

"Haley has had the advantage of physical distance from President Trump. She has also let anyone who will listen know that she stands up to her boss," Rubin wrote.

You can read the full article here.