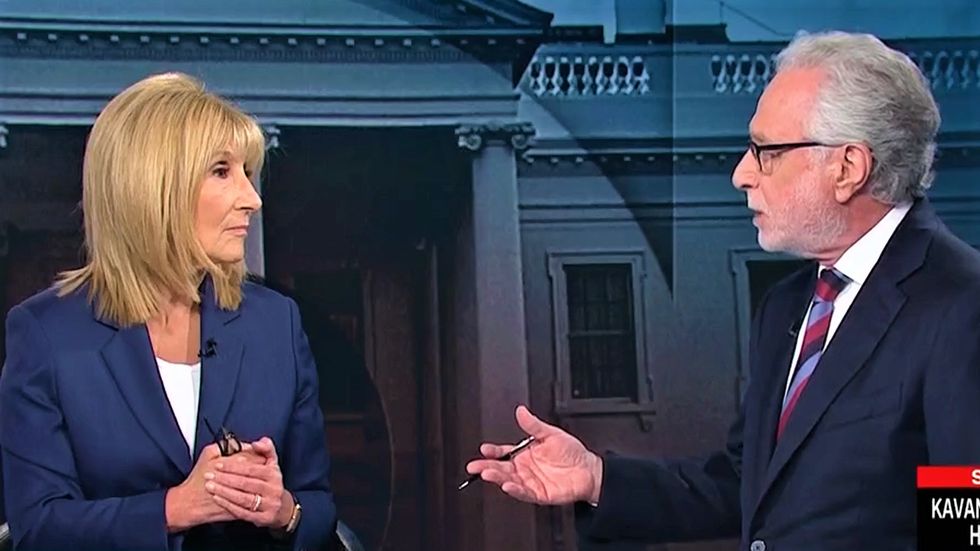 Legendary reporter Bob Woodward's latest book -- titled "Fear: Trump in the White House" -- hit the Trump White House like a bomb on Tuesday after the Washington Post reported on its explosive contents.

Talking about the book during an interview with Wolf Blitzer, CNN special correspondent Jamie Gangel said that Woodward's book shows a presidency that is unlike any other in the history of the United States -- and not in a good way.

"You go into meetings in the Situation Room, in the Oval Office, and time and again what you hear from his closest aides are words like 'erratic,' that he has dangerous impulses," she said. "And as you just said, they've been so concerned that he would be a danger to national security, several of his senior staff literally took draft letters, documents off of his desk so he wouldn't sign them and they hid them from him."

Blitzer then read excerpts of the book in which chief of staff John Kelly refers to Trump as an "idiot"; where Defense Secretary James Mattis says Trump has the understanding of a fifth grader; and where former Trump attorney John Dowd describes the president as a "f*cking liar."

"We have never heard anything like this before," she said.