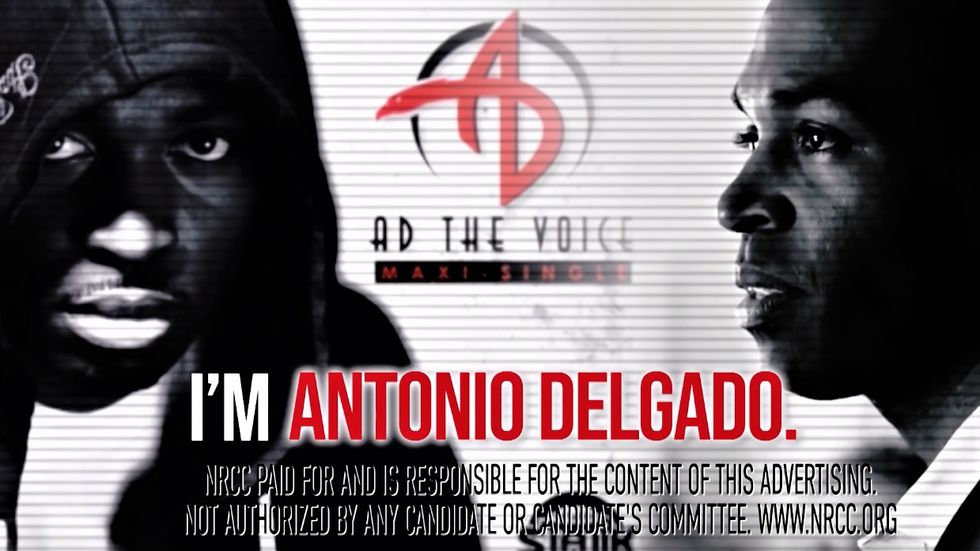 Antonio Delgado, a Rhodes scholar and Harvard Law School graduate who is running for Congress as a Democrat in New York's 19th congressional district, is being portrayed as a street thug in a new National Republican Congressional Committee ad that highlights a rap album he recorded more than a decade ago.

Although the GOP has been using Delgado's old rap album -- which he recorded under the name "A.D. the Voice" back in 2006 -- against him for months, the party's latest ad is stepping things up a notch by showing a photo of Delgado in a hoodie to make him look like he's a drug dealer.

The new ad also contrasts the optimistic message that the 41-year-old Delgado is running on with some obscene lyrics that he wrote when he was in his late 20s, before he abandoned his musical ambitions to pursue a career as an attorney.

Included among the "offensive" lyrics used in the ad are Delgado rapping, "God bless Iraq" and "Criticize, it's what a patriot does."

"People like us, people in rural New York, we are not people who respond to this part of American culture," he said.

Watch the new GOP ad below.