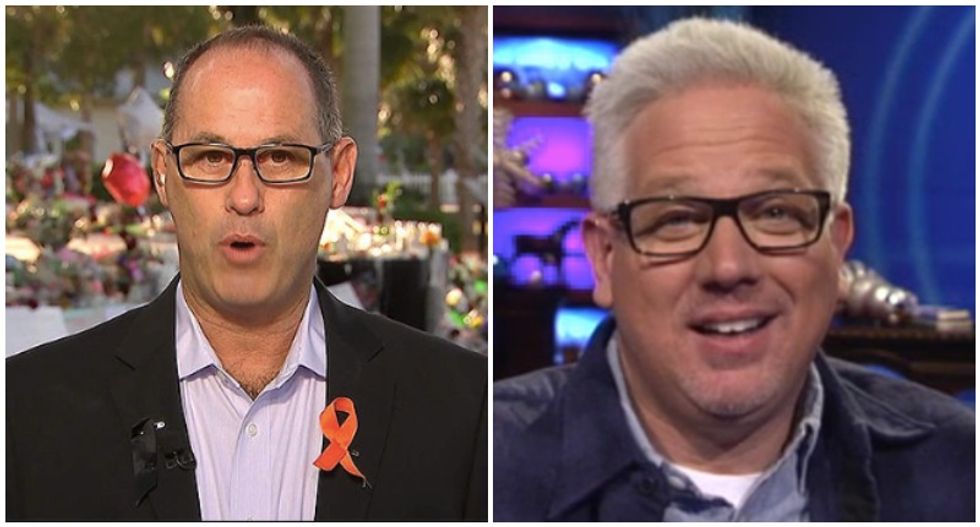 The federal judge looked directly at Guttenberg, whose 14-year-old daughter Jaime was killed in a mass shooting at her Florida high school, before turning his back, walking away and then asking security to escort the grieving parent out of Senate confirmation hearings.

"Do not play into the #additiontooutrage," Beck tweeted. "The media knew who he was and what his goal was and is. Nothing new and nothing to see other than a set up, using dead children, and post modern tactics that are beneath Venezuela."

Beck was replying to a post Monday from Guttenberg, who announced he would attend the hearing and hoped to block Kavanaugh's confirmation -- but the parent reminded the broadcaster why he had become an activist against gun violence.

"No set up Glen," Guttenberg told the broadcaster. "I wish I could go back to Feb 14 just before my daughter was killed. I was there and tried to interact with him. I wish my life never turned this way, but it did."