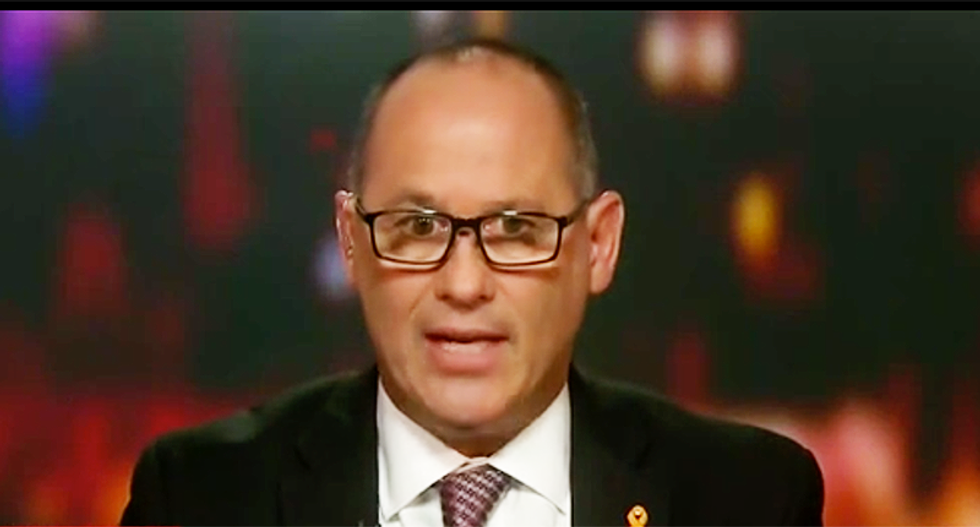 Parkland dad Fred Guttenberg wanted to look Brett Kavanaugh in the eye, but when he told the nominated justice who he was, Kavanaugh turned his back.

“As Judge Kavanaugh left for his lunch break, an unidentified individual approached him. Before the Judge was able to shake his hand, security had intervened,” Shaw claimed.

Guttenberg called BS and his account is backed up by multiple angles of photos and videos.

In an interview with CNN's Kate Bolduan, the father of Jaime Guttenberg explained how the incident happened.

"So I was there all day, as you said, at the request of Sen. Dianne Feinstein (D-CA), and when I was listening to Judge Kavanaugh this morning at his introduction he looked over at his family and he specifically talked about his kids. He's got a beautiful family."

Guttenberg said he wanted to approach Kavanaugh as one father to another.

"My daughter was killed, and I am really concerned about how he is going to rule on certain things that matter a lot to me because I don't want to see other families go through what we've gone through," the father continued. "The NRA is spending a lot of money to help get him selected, but the problem is, they're also filing lawsuits all over the country."

He noted one suit is in Florida, where they've tried to pass gun safety laws.

"These lawsuits are going to end up in front of justice Kavanaugh, and unfortunately based upon his prior statements and rulings, we can predict how he's going to rule," Guttenberg said. "Candidly, my hope to him was simply to say, 'I hope you change your stance. I hope you look in my eye. I hope you see that this pin that I wear on my lapel or these bracelets that I wear, that's all I have to get close to my daughter now, and I hope you can be part in making sure no other parent has to feel the way I do because we can fix this.'"

Guttenberg said that his concern is that Kavanaugh won't be that person.