Rudy Giuliani confirms White House may try to block portions of Mueller report: ‘I’m sure we will’ 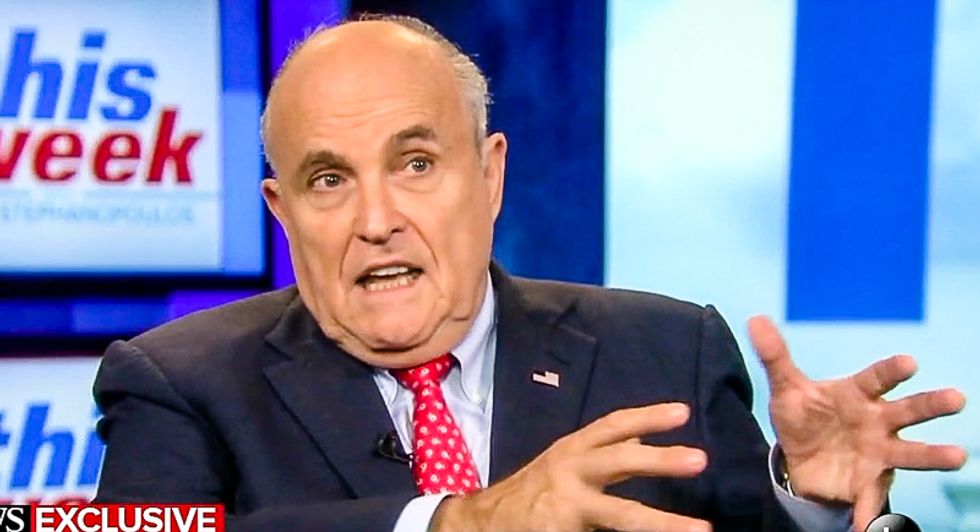 President Donald Trump's lawyer Rudy Giuliani confirmed the White House would attempt to block portions of a final report by special counsel Robert Mueller once his investigation is completed.

The former New York City mayor and the president have been trying to undermine the credibility of Mueller and his team of prosecutors investigating collusion between the Trump campaign and Russia during the 2016 election, and Giuliani revealed another possible strategy in their defense, reported the New Yorker.

Mueller will file a report at the end of his investigation with deputy attorney general Rod Rosenstein, who is overseeing the probe for the Department of Justice.

Rosenstein then has the option of releasing the report to Congress and the public.

However, the president's original legal team negotiated an agreement with the special counsel at the start of the probe that allows the White House to object to the public disclosure of information that might be covered under executive privilege.

Giuliani confirmed that the White House would most likely raise such objections, when the report was completed.

"I'm sure we will," Giuliani told the magazine.

That would then trigger a legal battle over whether Rosenstein would be permitted to release a complete version of Mueller's final report on the investigation.

Giuliani is also preparing a pre-emptive report, already 45 pages long, refuting Mueller's findings that will be released at the same time as the special counsel report.