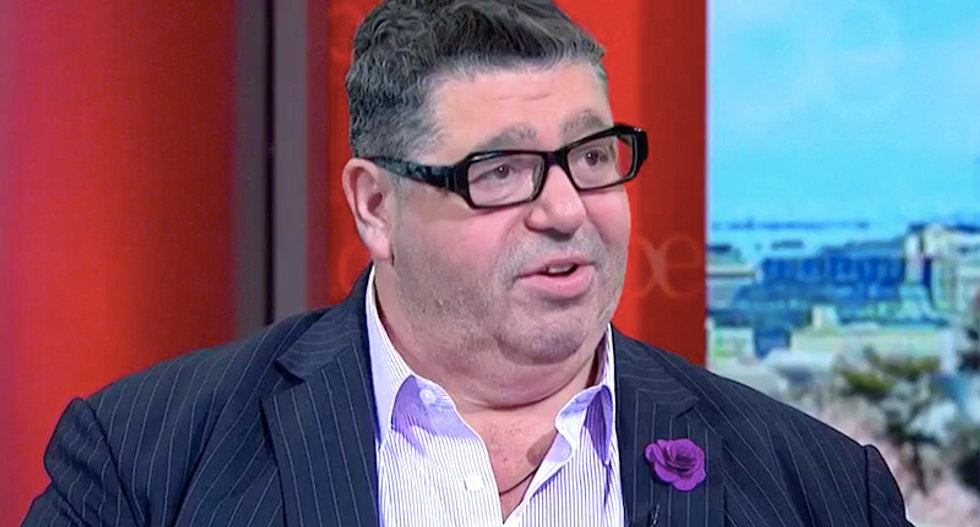 Rob Goldstone, who helped set up the infamous Trump Tower meeting, contradicted Jared Kushner's account of the gathering with a Russian attorney who had promised damaging information on Hillary Clinton.

The British music publicist appeared Tuesday on MSNBC's "Morning Joe" to promote his new book, and he explains why he contacted Donald Trump Jr. at the request of pop star Emin Agalarov -- who then arranged the meeting with a Russian lawyer promising damaging information on Hillary Clinton.

"I kind of decided, I don't mean this the way it will come out, all right, but almost the lowest rung on the totem pole would be best," Goldstone said. "I thought it would get Don Jr.'s attention, and the most important line for me in that email has always been maybe, 'You should just speak with Emin about this directly.' And once they spoke in a phone call, my email didn't get the meeting -- my email got the call. The call got the meeting."

The younger Trump ended up including hs brother-in-law Kushner and campaign chairman Paul Manafort in the meeting, and Goldstone said he believes all three stayed until it concluded.

"My recollection is we all left at the same time," Goldstone said. "Now, whether he got up and dashed out and we all lagged behind him a minute or two, I don't recall -- but he stayed a majority of the meeting."

Kushner has said he was bored and confused by the meeting and left about seven minutes after it started, and about 20 minutes before other witnesses said it ended.

"The only person who made a comment before Don Jr. wrapped up the meeting was Jared Kushner who appeared to them to be very generic, very general information about this supposed illegal funding to the Democrats, Jared Kushner, who looked increasingly agitated to me, said to her, 'I have no idea what you're talking about, could you possibly refocus?'"

"I remember that specifically because instead of refocussing, the attorney -- maybe it's the translation issue -- began from the same part that had seemingly bored him to the point of, like, what we now know texting his assistant to say, 'Get me out of this meeting,'" Goldstone said.

Goldstone has testified before a grand jury in the special counsel probe, and he said then-candidate Trump must have known the meeting took place -- although he has no evidence of that.

"If my father was running for president of the United States or anywhere else, and I was having a meeting a floor or two beneath where he was, human nature would say I would tell my father," Goldstone said. "So do I know if he told his? No, but I'm just telling you what I would do."