Trump wanted to shut down his own transition office — but was too afraid MSNBC's Morning Joe would ridicule him: report 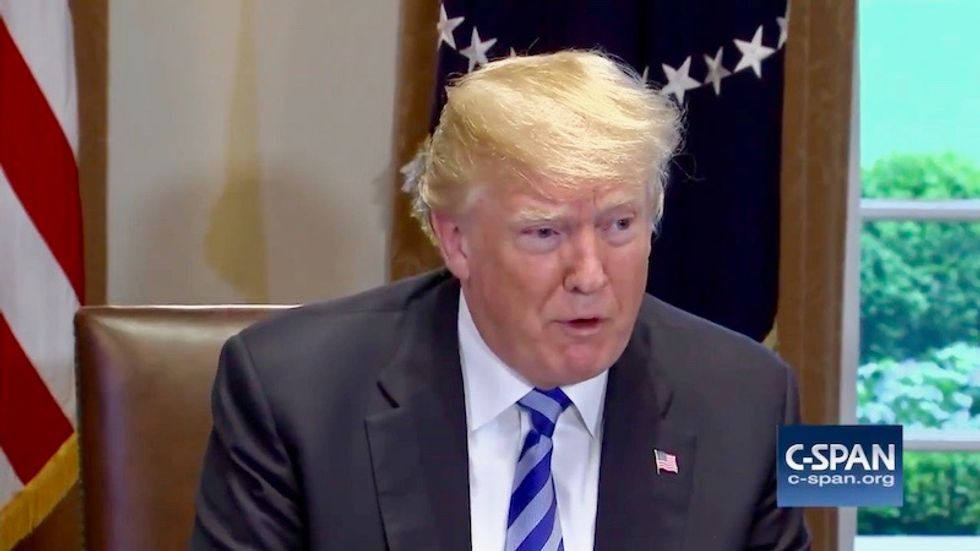 Journalist Michael Lewis is reporting that President Donald Trump exploded in rage in 2016 when he learned it would cost millions of dollars to fund a presidential transition team -- and it seems that Trump at one point ordered the entire office shut down.

As Lewis writes in the Guardian, former New Jersey Gov. Chris Christie and former campaign chairman Steve Bannon tried to explain to Trump in August 2016 that the campaign was required by law to fund a transition team to ensure a smooth transfer of power -- and they also explained to him that the money being used to fund it was being raised separately and wasn't coming out of his own pocket.

Trump, however, was undeterred by this reasoning.

"Shut it down," he told them. "Shut down the transition."

Bannon, according to Lewis, then decided to attack from a different angle -- and told the president that shutting down his own transition office would not play well on cable news.

"What do you think Morning Joe will say if you shut down your transition?" he asked.

"That makes sense," Trump said after calming down.

Lewis goes on to report, however, that Trump still believed he could somehow keep the money raised for the transition even after he won the election. According to Lewis, Trump told Christie after his shock win that "you and I are so smart that we can leave the victory party two hours early and do the transition ourselves."