WATCH: Racist insists slavery wasn’t the only reason for the Civil War — but hilariously fails to name others 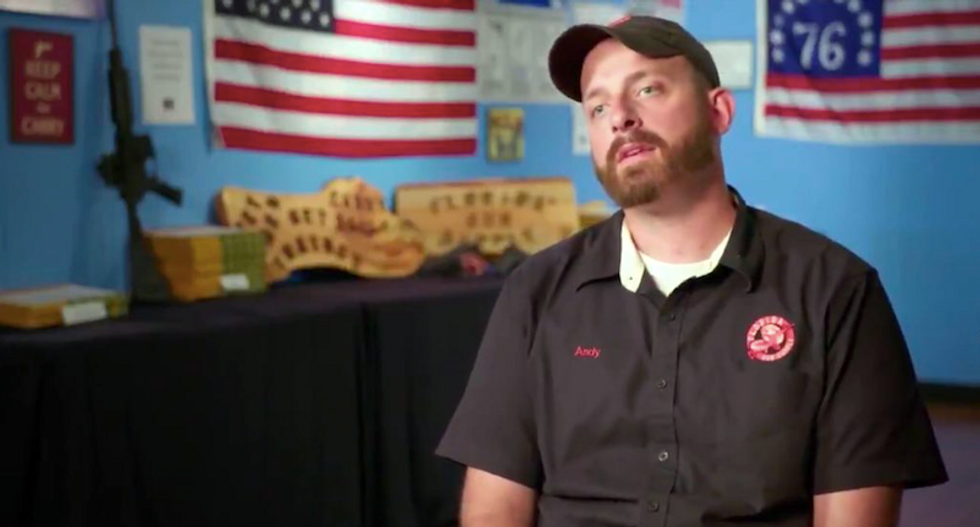 The owner of a "Muslim-free" gun shop was stumped into silence in a new documentary about Trayvon Martin when he was asked to name one cause for the Civil War besides slavery.

Andy Hallinan, owner of Florida Gun Supply, was interviewed in an episode of the docuseries "Rest In Power," where he insisted the Confederate flag was not a racist symbol.

Hallinan was banned from YouTube over his anti-Muslim views, and Martin's acquitted killer George Zimmerman auctioned a Confederate flag painting to help pay the gun shop owner's legal bills after he was sued for religious discrimination by the Council on American-Islamic Relations.

"When you study the history, that was one thing that the war was about," Hallinan says. "People don't go to war for one issue."

The interviewer asks Hallinan to name three other issues that contributed to the Civil War.

"I'm not a historian," Hallinan says. "I mean, you're putting me on the spot for something I -- you know."

Hallinan sits in silence for a moment, and the interviewer asks him to identify just two other causes for the Civil War.

"In general, the war was about tyranny," Hallinan says, and the interviewer asks him to define that term. "Tyranny is any time a government overreaches, and they control a life too much."

That's when the interviewer twists the knife.

"Like slavery?" he says, and Hallinan opens his mouth but sits in stunned silence.