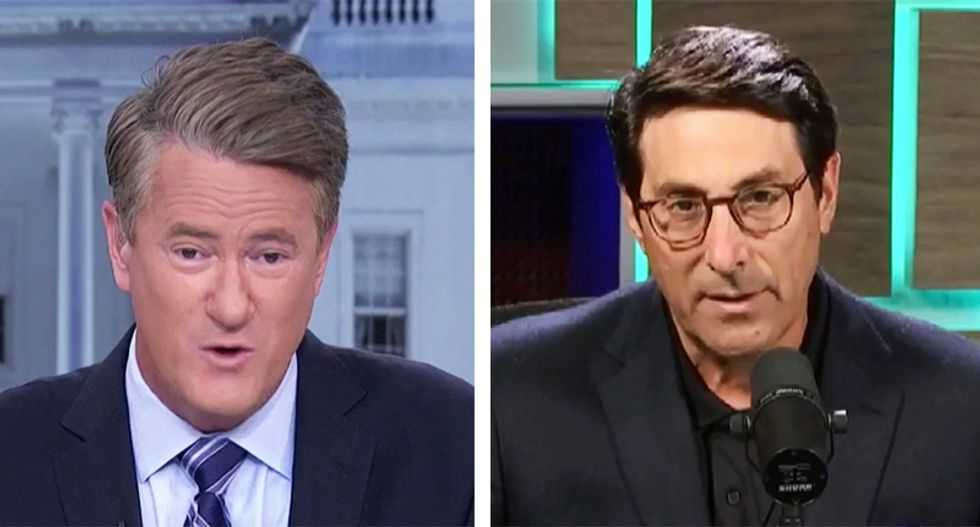 Responding to comments made by one of Donald Trump's attorneys that investigating statements made by Deputy Attorney General Rod Rosenstein and possibly firing him will lead to a much needed legal "timeout" for the president, MSNBC's Joe Scarborough went on a rant disabusing the attorney of the notion.

The "Morning Joe" host then torched Sekulow for living a fantasy world.

"So let me get this straight," Scarborough began. "So if you and the man that you work for breach constitutional norms, create a 21st century version of the Saturday Night Massacre, throw basic issues of law and order sky-high over Washington, and if the president commits the single greatest act of obstruction of justice by any chief executive since Richard Nixon's Saturday Night massacre, you think that should reward you and Rudy Giuliani and Donald Trump's lawyers with a quote 'timeout?'"

"You see, Jared [Kushner] and Donald thought that if they fired [former FBI Director] Comey they would get a time-out -- it didn't work that way," Scarborough sarcastically added. "Now let me ask you, Jay, since Donald and Jared got their way and fired James Comey, have they gotten a time-out, or has hell rained down from above on them for that foolish, foolish move that, again, breached constitutional norms against a guy that helped elect Donald Trump, wrote that letter 10 days out, had that press conference that nobody has ever had, the type of politicalized press conference in the history of the Justice Department or the FBI after deciding somebody was not going to be indicted?"

"You're not going to get a timeout if the president of the United States has his Thursday morning massacre," he warned. "You're basically going to be thrust into an even deeper legal hell."

"So if Donald decides to do that, all I can say is 'buckle up, Jay, it's going to get even uglier,'" he concluded.