CNN's Anderson Cooper flattens ex-Trump aide for backing immigration conspiracy: 'I trust someone who's not lying!' 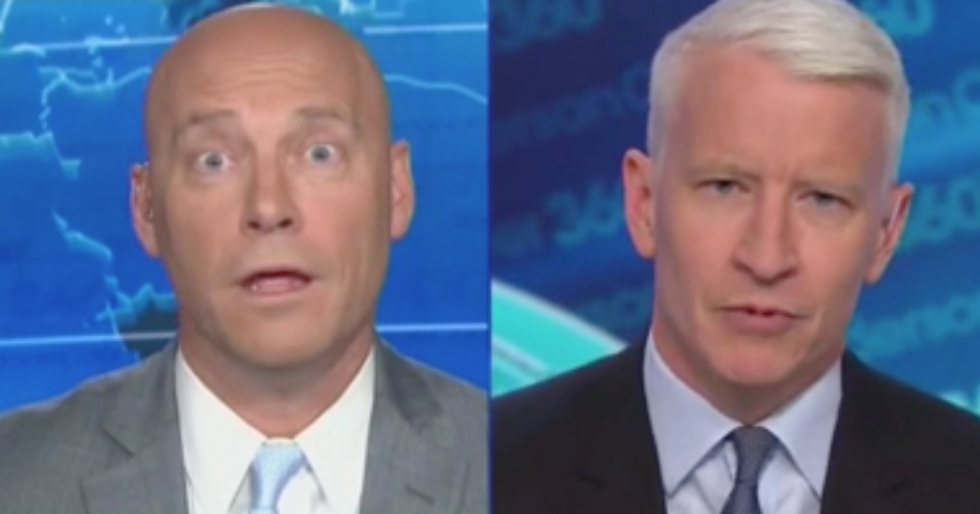 After a jarring explanation of the reality of the migrant caravan making its way north from Guatemala to the US border, a former Trump White House aide repeated the call for the president to "secure" the nation's borders — and was totally flattened by host Anderson Cooper.

"It would be very easy for the president and legitimate for the president to discuss immigration policy, border security, to talk about what he believes should happen as opposed to what he says the Democrats want," Cooper said, directing his comments at Marc Short, the former White House director of legislative affairs.

"Why need to kind of go the extra yard and make this allegation which he admits there's no proof of," the host continued, "of 'unknown middle easterners,' possibly ISIS, in this caravan?"

Short initially acknowledged that Trump "doesn't need to go the extra yard" — but then explained why he thought it was a good idea for him to do so.

"It's a visual that reminds Americans of our poor southern border and the problems we have," he said. "It's a question to say 'who do you trust more to secure the border: Donald Trump or the Democrats in Congress?'"

A bemused Cooper asked the former White House aide why he would "trust [the president] more if he's not telling the truth?"

Short reiterated the Trump vs. Democrats question, but the host cut him off.

"I trust somebody who's not lying," Cooper said, "and if he's lying about who's coming up, isn't that a problem?"