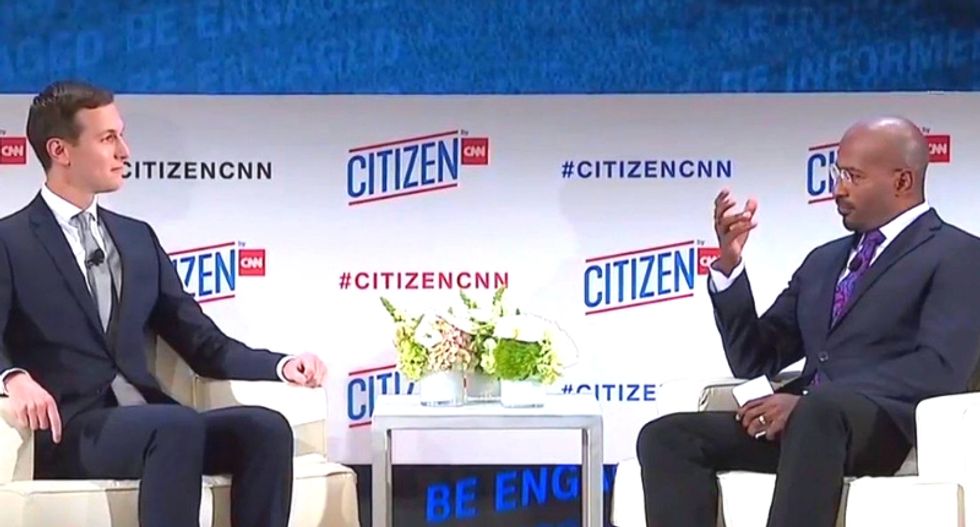 After accusations of being too soft on Donald Trump's adviser/son-in-law Jared Kushner during an interview about the Saudis, CNN's Van Jones explained to fellow host Brooke Baldwin why he didn't press the White House aide harder.

The former Obama administration aide acknowledged that Kushner did not "directly" answer when he asked him if he "trusted" the Saudis to investigate themselves after being accused of assassinating journalist Jamal Khashoggi.

"I thought it was important to challenge him," Jones explained, "but I really want to make sure that he was able to explain himself, without having to defend himself on everything, because when you get somebody like that talking, sometimes just let them talk."

He then addressed the criticism he received earlier Monday for what many observers considered a softball interview with Kushner.

"People on Twitter are saying, 'cut him off, beat him up,'" Jones said. "I'm like, this is the first time you're hearing him say something! You want me to stop him from saying something? I want to hear him say something!"