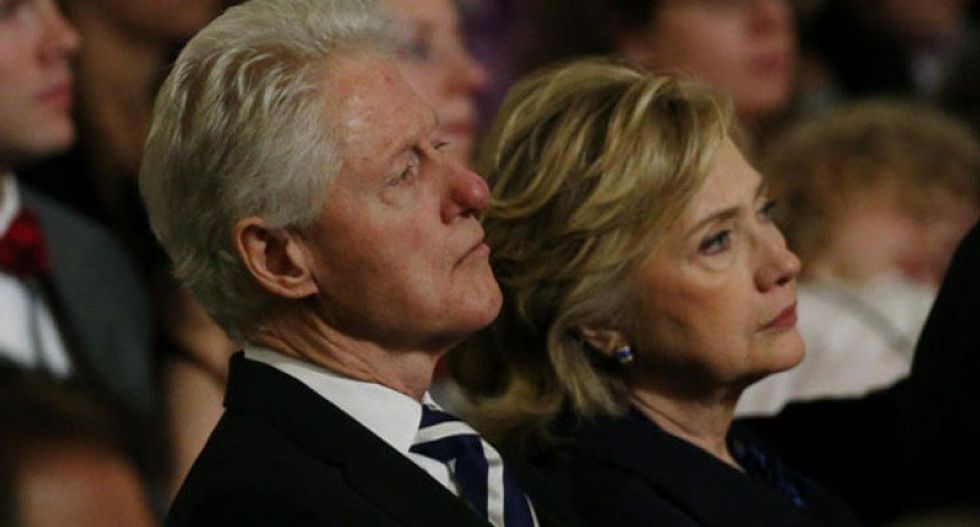 FBI New York, the Secret Service and the New Castle Police Department are investigating what is being described as an "improvised explosive device" found near the house belonging to Bill and Hillary Clinton in Chappaqua, New York.

According to NY1 reporter Myles Miller, law enforcement authorities were first alerted to a "suspicious package" near the Clintons' house early on Wednesday morning. After investigating, authorities determined that the package contained an IED.

The report of an IED that may have been targeting the Clintons comes one day after a bomb was discovered in a mailbox at a house belonging to 88-year-old financier George Soros, a major Democratic Party donor who has long been the target of conspiratorial right-wing rhetoric.

It is unknown at this time if the two incidents are related, although a source tells NBC New York that "the concern is that the package is similar to the bomb found in the mailbox" at Soros' house.

"We are aware of a suspicious package found in the vicinity of the Clinton residence in Chappaqua, NY, and our JTTF has engaged with our federal, state and local partners to investigate," FBI New York wrote. "As this is an on-going investigation, we will have no further comment at this time."