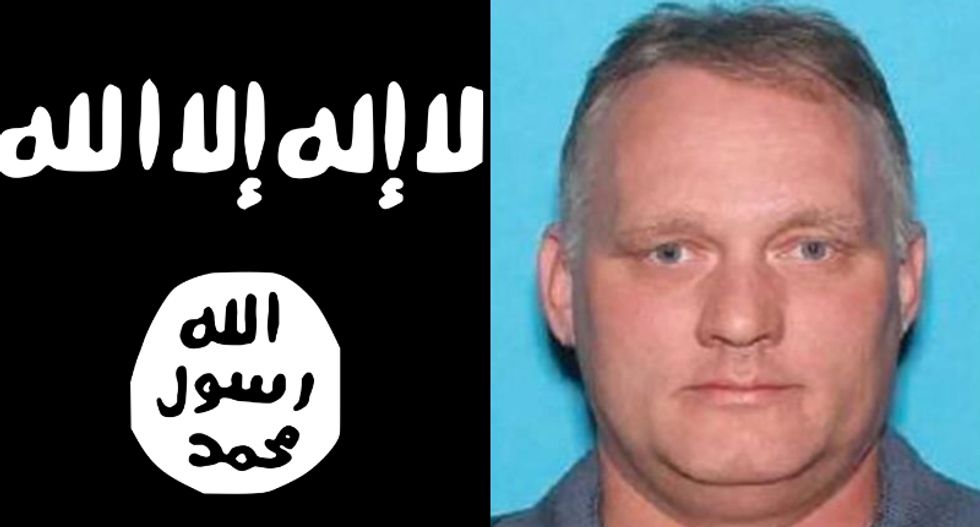 A terrorism analyst who researches ISIS social media profiles found startling similarities between the online echo chambers of Muslim extremists and Robert Bowers, the man accused of opening fire inside a Pittsburgh synagogue and killing 11 people.

Extremism researcher Rita Katz wrote in a Politico op-ed that "on networks like Gab, anti-Semites are starting to look like a lot like their Islamist extremist counterparts."

After outlining Bowers' many anti-Semitic posts on the "free speech"-oriented social network, Katz noted that white supremacists have outright lauded the site for allowing them a platform to spew hate speech when others kicked them off.

"I am a member there," a user of the neo-Nazi Stormfront website wrote in earlier 2018. "[I] like to spout my mouth off there, all my anti jew [sic] stuff."

"I think it's a net positive because it connects Jew-wise people," another Stormfront user noted of Gab.

While Gab claims in its community guidelines that "users are prohibited from calling for the acts of violence against others" and posting "threatening language or behaviour that clearly, directly and incontrovertibly infringes on the safety of another user or individual(s)," the site did nearly nothing to stop the flow of hate speech before going offline in the wake of the Pittsburgh synagogue massacre.

"If you thought the attack at Tree of Life Synagogue would prompt users to tone it down," Katz added, "you’d be wrong."

She flagged a poll posted by Gab user @alternative_right asking "what should the future of Jewish people in the West be?" Thirty-five percent of people who responded said "Genocide" is the best course of action, while 47 percent claimed "Repatriation," or forcible deportation, is the correct move. The poll was tagged #treeoflifeshooting.

Katz noted that @alternative_right also posted a poll asking users if they supported Bowers — and nearly 25 percent of respondents claimed they did. One commented, "Robert Bowers literally did nothing wrong."

"As someone who studies online extremism for a living," the researcher wrote, "it’s hard to overstate how dangerous this flow of vile content is. Anyone with an anti-Semitic outlook has their own, safe bubble wherein their hate can fester."

Even if Gab users "don't ascribe to anti-Semitic views," they are "naturally more likely to embrace those ideas when surrounded by such material," she wrote.

Though Gab went down Monday after being dropped by Joyent, its hosting provider, co-founder Andrew Torba said in an email to users that the site has secured a new host and "isn’t going anywhere."

"However, just like ISIS and al-Qaeda networks online, shutting these communities down is not hitting a delete button," Katz noted. "Gab has already survived other attempts at its removal, and may very well resurface again."

Scrolling through all the anti-Semitic Gab posts was "like watching ISIS-linked accounts on various platforms celebrate the Orlando or San Bernardino attacks," the researcher wrote.

"The rise of these far-right communities on Gab looks remarkably similar to the rise of ISIS on social media: fringe extremist movements, once confined to shadowy discussion forums, finding new empowerment and outreach potential via their respective platforms," Katz concluded.

Read the entire analysis via Politico.