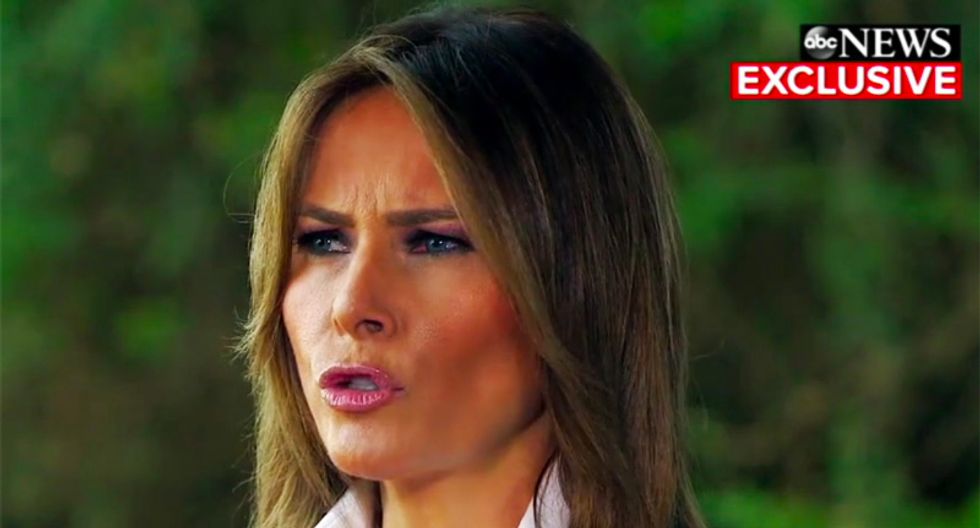 In an exclusive interview with ABC that took place during her photo-op tour of Africa, first lady Melania Trump claimed she is the "most bullied person in the world."

Speaking with ABC National Affairs Correspondent Tom Llamas, President Donald Trump's wife was asked her social media BeBest campaign and she claimed that she is on the receiving end of attacks.

"I could say that I'm the most bullied person on [sic] the world," Melania Trump said.

"You think you're the most bullied person?" Llamas pressed.

"One of them -- if you really see what people are saying about me," Trump replied.

Additionally she complained that there are still people within the White House who can't be trusted.

"It's harder to govern. You always need to watch your back," she stated without going into details over who is hampering her husband's agenda.

You can watch a clip from the interview, to be aired by ABC on Thursday morning, below: