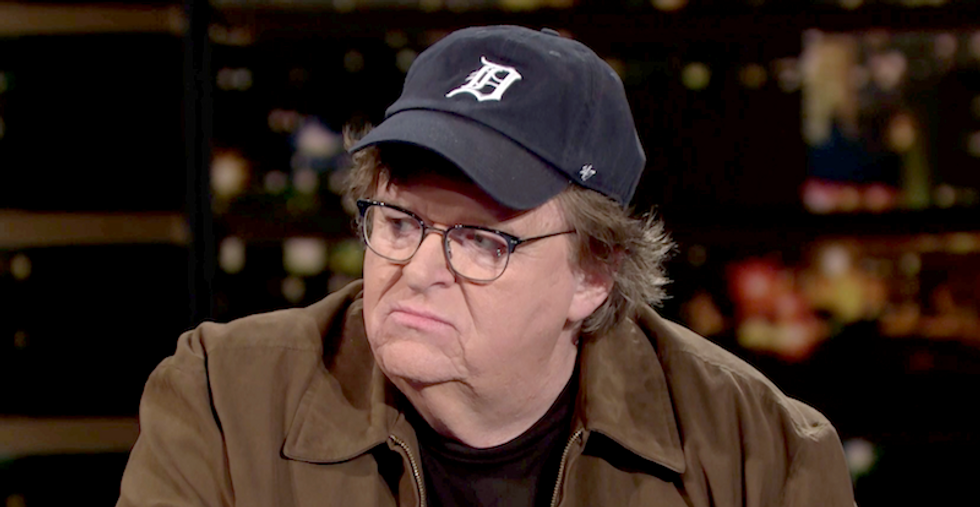 Documentarian Michael Moore on Thursday refuted claims that Donald Trump is unaware of the way his rhetoric affects Americans — and professed a belief that the president knowingly encourages violent acts like the sending of bombs to prominent Democrats.

"I think [Trump] completely comprehends his actions and what he's doing and how he's trying to encourage his nationalist people to make sure that they get out to the polls on November 6," Moore told MSNBC's Chris Hayes.

Republicans, the filmmaker said, are "counting on liberals and Democrats and people on the left who scare easily" to be too afraid to vote.

"You're saying you think he knows what he's doing in terms of rhetoric, encouraging people to take action, like the action of the person who sent the bombs?"

"Yes," Moore responded. He then noted that during August of 2016, Trump warned that "the election was going to be rigged" and called upon "his Second Amendment people" to fight against it.

"'You know what you need to do' is what he said," the filmmaker recalled.

Hayes noted that there was "a little ambivalence" about what then-candidate Trump meant with that statement — a characterization Moore denied.

"He was calling for violence if he lost," Moore said. "And he probably will not take it very well when he loses on November 6th."

Watch the entire interview below via MSNBC: